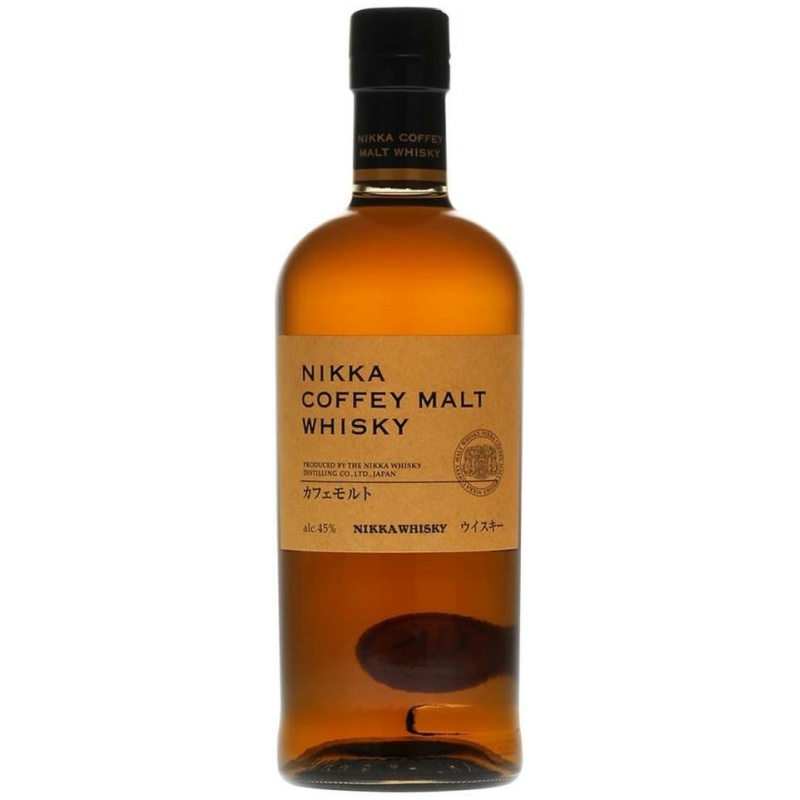 Looking for a Nikka Coffey Japanese Whisky and want it delivered to your door? You’ve come to the right store. We offer fast delivery with FedEx on all our products.

Nikka Whiskey Distilling Company is a Japanese manufacturer founded by Masataka Taketsuru, considered the father of Japanese whiskey. Taketsuru was the son of a sake brewer and, after studying chemistry at university, trained at various Scottish distilleries before returning to Japan in 1920 with his Scottish wife Rita. After working for the company that later became Suntory, and launching the first Japanese whiskey, he followed an independent path, founding the Yoichi Distillery and the parent company Nikka. Nikka produces a variety of mixed whiskeys and various single malt whiskeys from single malt whiskeys. Yoichi and Miyagikyo distilleries. Taketsuru Pure Malt (Mixed Malt) is one of the distillery's best-known products, along with From The Barrel and Grain Whiskey. The company also has separate distilleries for the production of Shochu and equipment for the production of cognac cider and apple wine. In 2001, Nikka was purchased by Asahi Breweries.