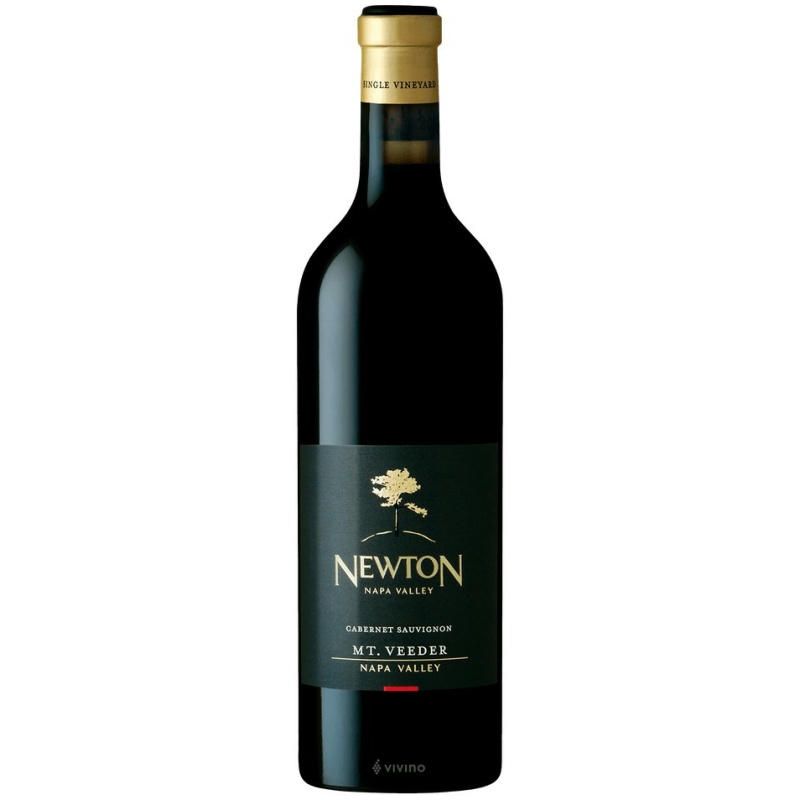 96
Decanter
A classic, herb-tinged Cabernet nose. Discreet currant notes are backed up by savoury-earthy tones. Rich and juicy on the palate but balanced by well-built and muscular tannins. Showy, with a mountain edge.
94
Robert Parker's Wine Advocate
The deep garnet-purple colored 2015 Cabernet Sauvignon Mt. Veeder Single Vineyard opens with warm cassis, blueberry compote and black forest cake notes with hints of spice box and cigars. Medium-bodied with good intensity, it has just enough fruit and firm tannins, and the finish is long and savory. Rating: 94+

About the Producer: Newton Vineyard

Newton Vineyard was one of the first wineries in Spring Mountain ABA (American Wine Zone) in Napa Valley, founded in 1977 by Dr. Su Hua and Peter Newton. In 1990, Newton was the first winery to produce and market unfiltered Chardonnay in the United States, becoming a pioneer in Napa's wine industry. Although Chardonnay is generally Newton's most famous and popular wine, it also produces the most powerful red wines in the world. Spring Mountain Hotel is located on a steep slope ranging from 490 to 1600 feet (150 to 490 meters) in Mayakamas Ridge, which separates Napa Valley from Sonoma County. In total, the Newton estate is divided into 112 parcels where certain varieties are grown, including Cabernet Sauvignon, Merlot, Cabernet Franc, Petit Verdot and Chardonnay. All 112 locations are vinified separately, so the winemaking team has many options for preparing the final blend before bottling. In addition to real estate, Newton also owns interests in Yountville, Mount Wieder and Carneros, which the company uses for blending. ... Puzzle is considered Newton's "raw" wine, Cabernet Sauvignon, from the best locations in Spring Mountain, Mount Wieder and Yountville. A bold and muscular Cabernet that gains significantly over time in the winery. In addition to the famous unfiltered Chardonnay, Newton also produces unfiltered Cabernet Sauvignon and Merlot. Those who are too impatient to store their wines in the cellar can enjoy Newton's Red Label, Cabernet Sauvignon, Claret and Chardonnay wines, which are prepared for tasting after bottling. In 2001, part of Newton was sold to the luxury group LVMH, and it remains one of them. world-renowned producers in the Napa Valley. The founders previously founded Sterling Vineyards, also in Napa Valley, but sold it to the Coca Cola Company in the 1970s.