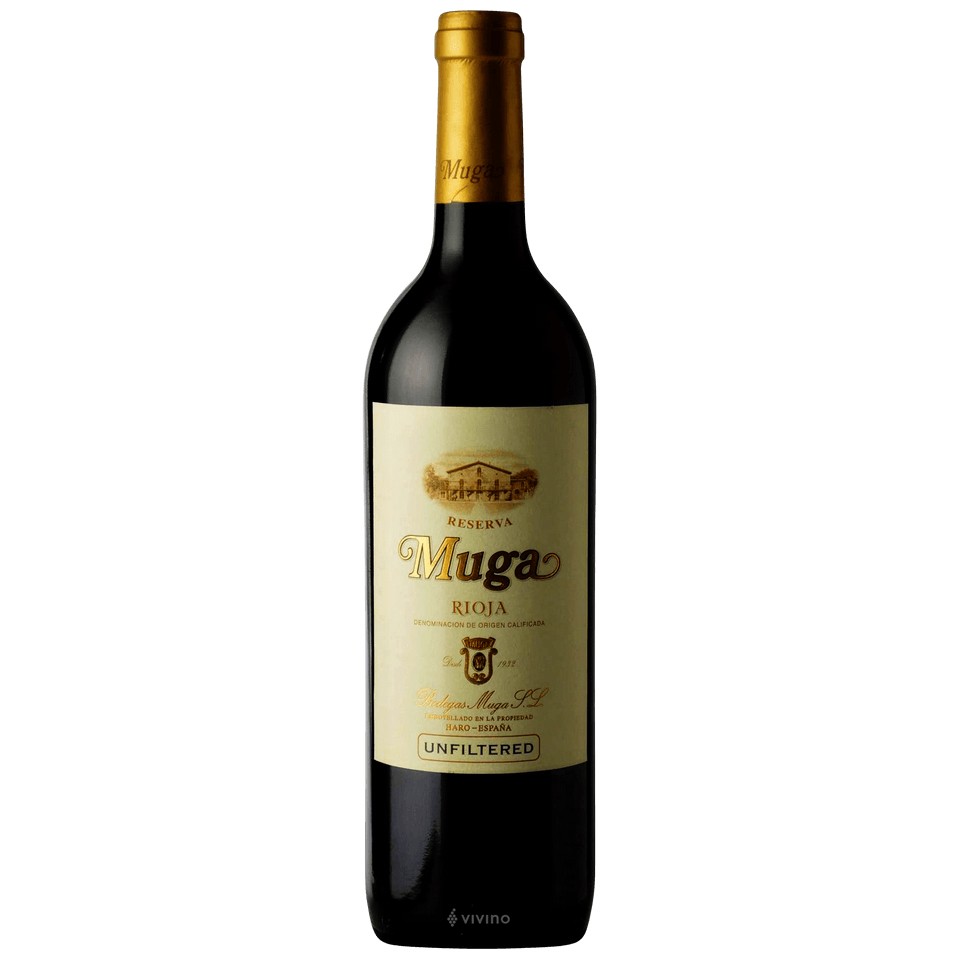 95
James Suckling
This is really tight and powerful with gorgeous tannins and solid fruit. Full body. Tight and composed. Wet earth, smoked meat and hints of black truffles. Very long and powerful. Wonderful length. Real Rioja. One of the top best-value, high-quality reds in Spain. Drink or hold
94
Tim Atkin
One of the most impressive Muga Reservas of recent years, this comes from the area around the winery's cellars in Haro and is a cuvée of Tempranillo with 20% Garnacha and 5% each of Graciano and Mazuelo. Rich, deeply colored and well structured, it has bramble and blackberry fruit, scented 20% new wood and the freshness and balance to age well in bottle. 2021-30
93
Robert Parker's Wine Advocate
The largest volume of the Muga winery is for the red blend 2016 Reserva, a wine that is sold as 2016 Crianza in Spain (for commercial reasons). This has the Muga style and the imprint of the cool and fresh 2016 vintage, one of the best vintages of recent years. 2016 is also a year of harmony and freshness that reminds me a little of the 2010. But the Muga family thinks it's somewhere between 2010 and 2011, because for them 2011 is not so warm, even if it generally produced quite ripe wines. It has a mixture of red and black fruit with sweet spices that are very integrated and in harmony. The palate is silky and clean, and the tannins are round and gentle. A delicious Reserva/Crianza. They produced around one million bottles of this. It was bottled in January 2019.

About the Producer: Bodegas Muga

Bodegas Muga is a family winery founded in 1932 in the Rioja region of Spain. It is especially famous for its traditional-style Reserva wines, which are produced only in vintage style and of the highest quality. The famous winery has about 250 hectares (617 acres) of vineyards around Rioja, most of which are found around the town of Haro, where the winery is located. Fruits for the best wines usually come from the original Baltracones family vineyard, where limestone alluvial soils are well suited to Tempranillo and Garnacha. The Muga wine portfolio is led by Prado Enea Gran Reserva, a red blend of Tempranillo, Grenache, Mazuelo and Graciano. After fermentation in large oak barrels, the Reserva aged for another 36 months in barrels before being released. Tempranillo and Graziano are strongly represented in the remaining red wines, and the portfolio is complemented by a selection of rosés, various Cavas and white oak blends of the Viura, Garnacha Blanca and Maturana grapes. Adega Muga has four fermentation rooms with wooden vats of different capacities, which allow winemakers to process different batches of grapes separately. Oak plays an important role in the winemaking process - Muga is one of the few producers in Spain that has its own cooper products.