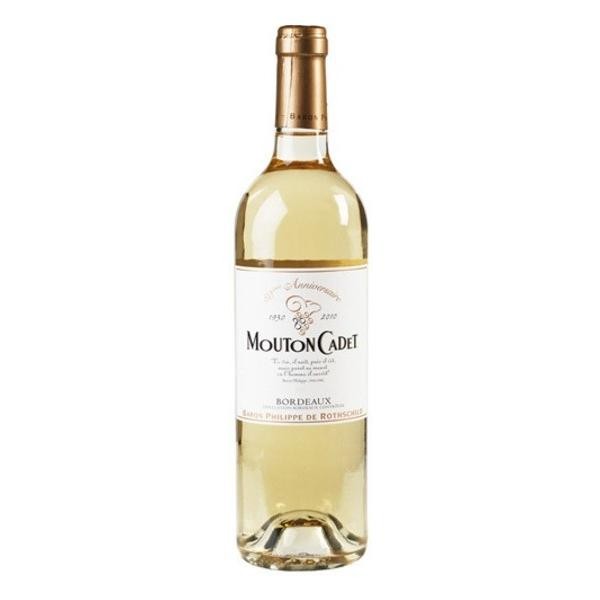 Baron Philippe de Rothschild Mouton Cadet is the best-selling Bordeaux brand in the world. It was founded in 1930 by Baron Philippe de Rothschild, who took control of Mouton Rothschild eight years ago. The name "Cadet" refers to the youngest son of the family, in this case in the name of Filipe and the wine itself. The brand was created after a series of unsuccessful vintages in the late 1920s and early 1930s, when fruits were not considered fit for consumption. be good enough to make Mouton Rothschild. In the short term, Baron Philippe needed to sell wines that, in his opinion, did not meet the castle's high standards and, in the long term, he wanted to find a wider audience for Bordeaux wines. The first Mouton Cadet wines from the estate's vineyards were a success. and the following year, fruit from the neighboring Pauillac estate was needed to meet demand. Then the sources of the vineyards expanded and, in 1947, the wine became Bordeaux AOC. The company is currently partnering with winemakers across the region, including Pauillac, Saint-Emilion, Grave, Haute-Medoc and Entre-de-Mer. To maintain quality, some areas of the vineyards are selected. Mouton Cadet was heavily promoted in the 1950s and 1960s in the UK and the US, and white wine was added in the 1970s. This growth was continued from 1988 by Baron Philippe's daughter, Baroness Philippine de Rothschild. Since 2004, the Mouton Cadet has been produced with a more fruity style, mainly to meet the needs of the North American market. Today, there are classic and reserve wine lines, including Bordeaux blends made from Merlot and Cabernet Sauvignon and Bordeaux Blanc from Semillon's traditional blend partners. , Sauvignon Blanc and Muscadelle. The new wine on the market is a Bordeaux red wine called "Heritage", a tribute to the original Mouton Cadet wine, launched in the 1930s and bearing the same label.