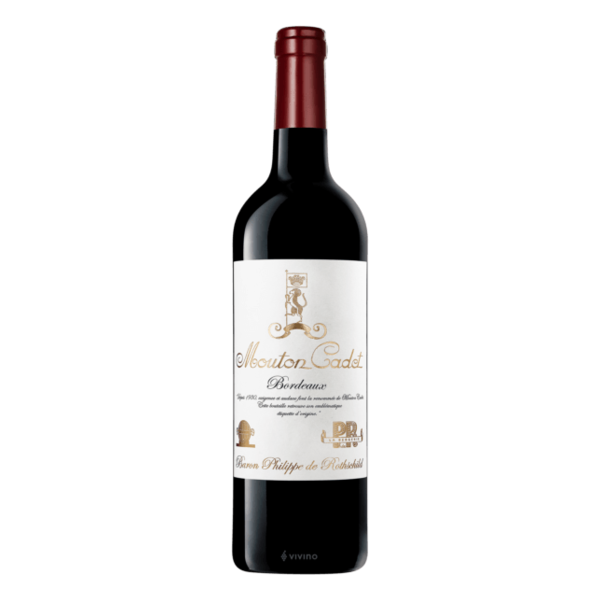 Discover the popular Mouton Cadet Heritage Red Bordeaux and have it delivered to your door today. Each terroir is chosen by Baron Philippe de Rothschild for the unique traits it contributes to Mouton Cadet. The Côtes de Bordeaux’s limestone and gravelly clay soils offer the wine depth and structure, while the Bordeaux appellation’s clay-limestone soils give the wine fruit and roundness. VARIETIES OF GRAPES: 85 percent fruit and roundness in Merlot Cabernet Sauvignon (8% alcohol) has a lot of power and structure. 7 percent Cabernet Franc Refinement and elegance. MATURING 16 months, with an additional 8 to 10 months of oaking NOTES ON THE TASTESASPECT: A deep garnet red with a crimson undertone. NOSE: The nose starts with a blend of black and red fruit, particularly blackberry, bilberry, and candied cherry, followed by delicate hints of spice and blackcurrant as the wine ages. PALATE: Beginning with a round and rich attack of fresh fruit flavors like bilberry, blackcurrant, and cherry, the mid-palate exposes robust yet elegant tannins, leading to an appealingly fresh finish with notes of subtle spice, particularly cinnamon and vanilla. APPETIZERS: Prime rib, lamb shoulder, and duck magret with green pepper sauce. Temperature for serving: 15–17°C