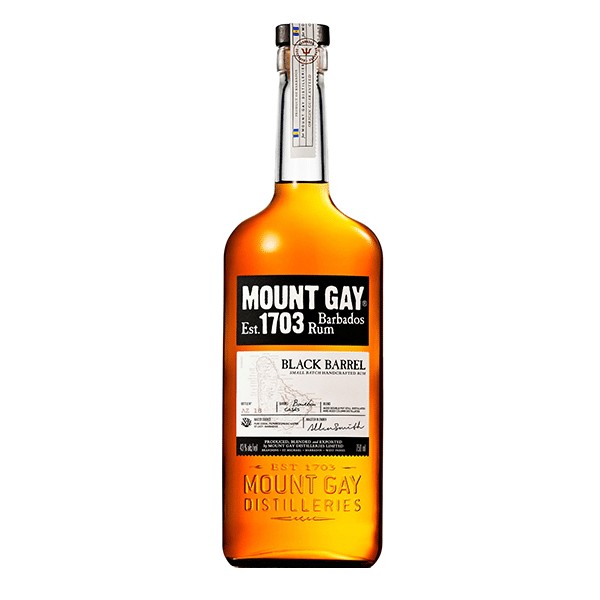 Mount Gay Rum Distilleries is a rum producer on the Caribbean island of Barbados. Its main expression is Eclipse, known for its distinctive banana and tropical fruit character mixed with vanilla and spices. The rum is named after the 1910 total solar eclipse, also the year of Comet Halley. The company's earliest registration dates back to 1703, making it the oldest extant brand of rum in the world. The company was acquired in 1747 by John Sober under a misnomer, who recruited his friend Sir John Gay Alleyn, future president of the Barbados Chamber of Deputies, to run the business. Alleyn perfected the distillation process and began creating excellent products that made the company name. After his death in 1801, the company was renamed in his honor, using his middle name, as Mount Alleyn already existed elsewhere on the island. The distillery benefits from a supply of groundwater filtered by the coral limestone that forms Barbados. The island also has a reputation that dates back to early colonial times for the quality of its molasses. Alcohol is distilled in a combination of pillar cubes and traditional copper cubic boilers located in open buildings and cooled by the sea breeze. It is then aged in charred white oak barrels that were once used to make American whiskey. The climate makes aging unpredictable, which is why Mount Gay does not produce aged rum. In addition to Eclipse, the company also produces silver (white) rum and Black Barrel, made in heavily charred bourbon barrels. XO is an eight- to fifteen-year-old rum blend, mostly distilled in pots, while the 1703 Old Cask Selection comes from the company's oldest stocks dating back 30 years. Other limited editions can also be found.