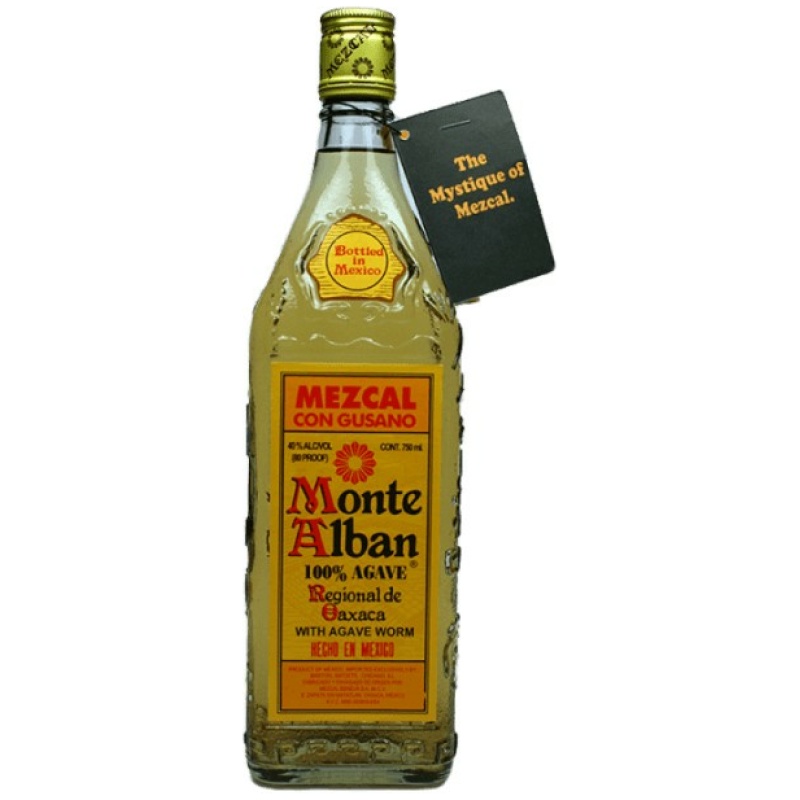 Monte Alban has a long history of producing mezcal, and this Mezcal con Guzano is the Monte Alban brand’s hallmark mezcal. Monte Alban is a popular Mezcal in the United States. Many wholesalers and liquor stores carry it, and (for better or worse) it is what most people think of when they hear the word “Mezcal”. Monte Alban has been creating Mezcal for a long time and marketing it in the United States. They’re well-known in the industry, and many people have had the opportunity to “taste the Mezcal worm” with their distinctive Reposado.