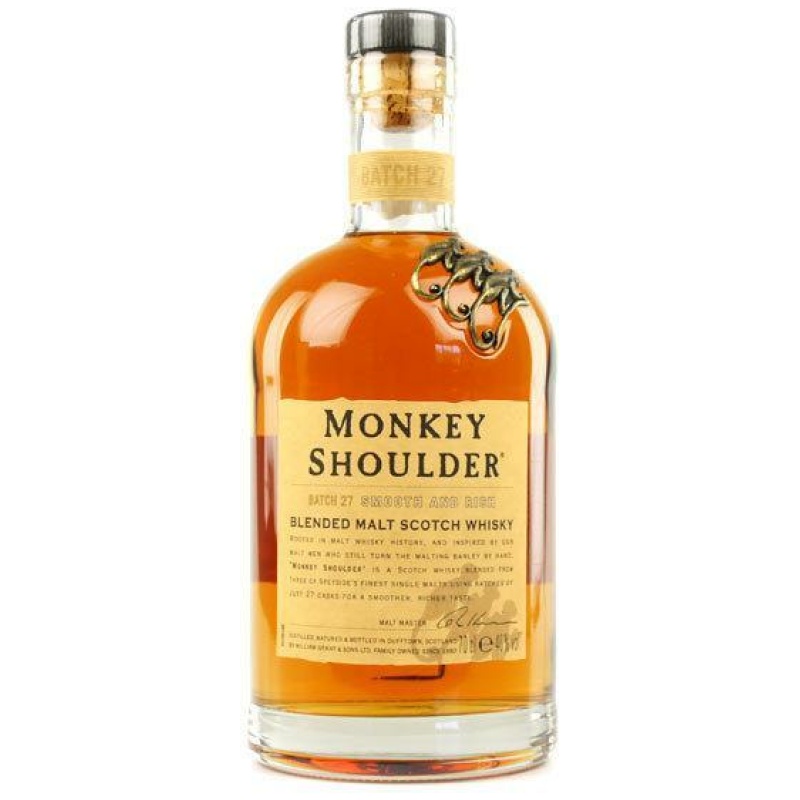 About the Producer: Monkey Shoulder

Monkey Shoulder is a blended malt Scotch whiskey produced in Dufftown, Speyside, by William Grant & Sons. It is designed for use in cocktails, which is an unusual practice for mixed malts. Three single malt factories were originally used: Balvenie, Glenfiddich and Kininvie. It is currently a combination of an undisclosed number of unnamed Speyside distilleries. Whiskey ingredients are matured in prime bourbon barrels. They are stored together in a vat for six months and then bottled with 40% ABV. Smokey Monkey is a soggy option created at the request of the bar staff. Though very modern in style, Monkey Shoulder owes its name to the historic state the malt workers found themselves in (aka frozen shoulder). After a long day with a barley shovel, his arms dangled at his sides like monkeys.