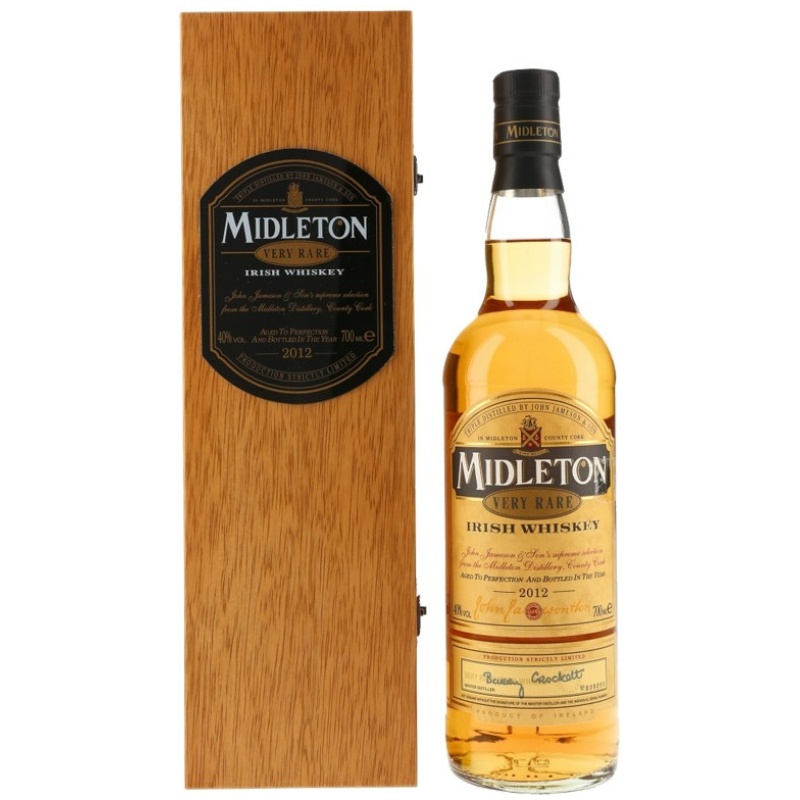 About the Producer: Midleton

Midleton is a premium Irish whiskey brand. The whiskey is produced at the distillery of the same name in County Cork. The main expression is the year of manufacture of Middleton Very Rare Vintage blended whiskey. It was first produced in 1984 by Barry Crockett, who had become Master of Distillation at Middleton three years earlier. Since then, it has been released every year and has received regular awards. In 2016, he won double gold at the prestigious World Spirits Competition in San Francisco. Croquet was invited after his retirement in 2011 to relaunch the line. Two new expressions were introduced; bottles of Barry Crockett Legacy and Dair Ghaelach Grinsell's Wood. For the latter, whiskeys aged 15 to 22 are aged in Irish oak barrels grown on the Ballahtobin estate in County Kilkenny. In 2015, Dair Ghaelach was named Irish Whiskey of the Year by Whiskey Advocate and Jim Murray Whiskey Bible. The Midleton factory and brand are owned by Irish Distillers, a subsidiary of Pernod Ricard. Jamesons and Redbreast are among other brands produced here.