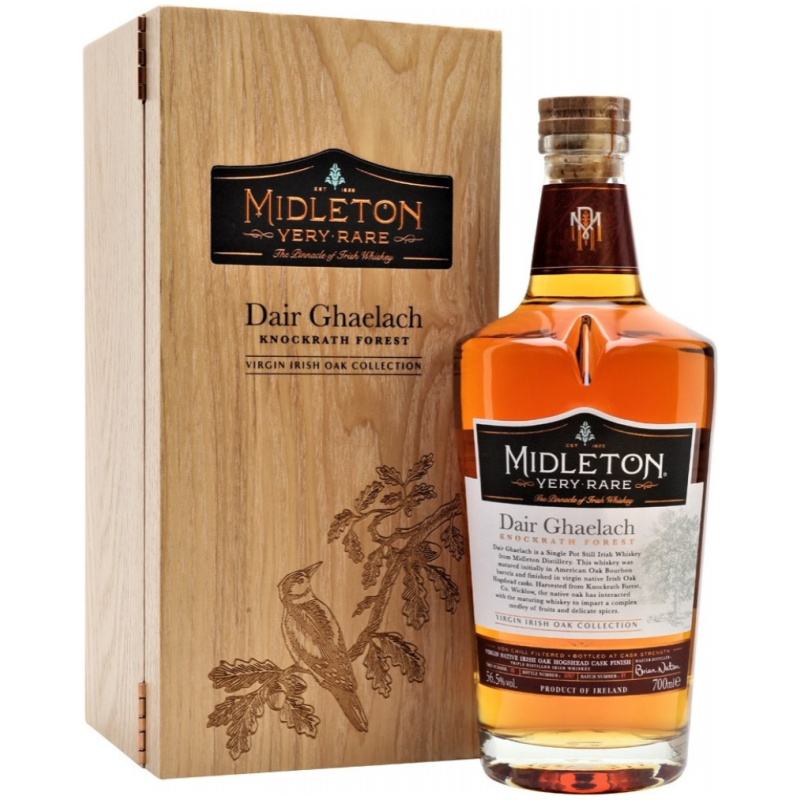 Discover this Midleton Dair Ghaelach and get it delivered to your door. coconut, vanilla, cinnamon, wood, and tropical fruit aromas. A magnificent finish with caramel, rice pudding, liquorice, and ginger follows the palate’s richness in honey, Irish cream, orange peel, and white chocolate.