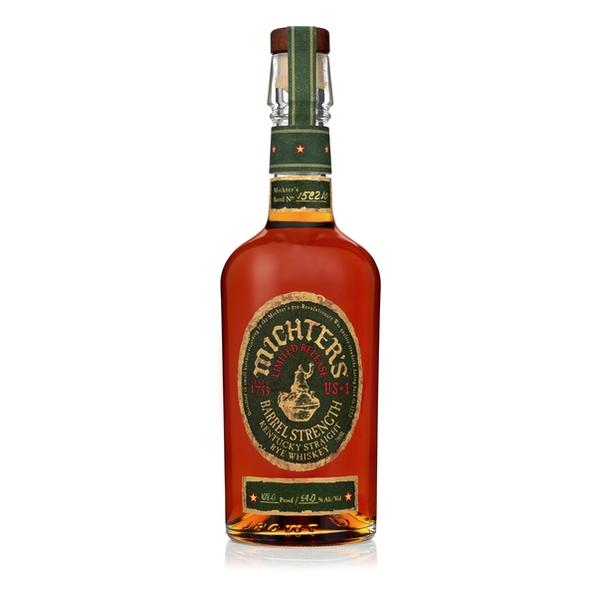 Since the 1990s, the Michter team has pioneered the work to re-establish the premium American rye whiskey category. The first release in May 2015 of Michter’s US ★ 1 Barrel Strength Rye was another milestone in that quest.For maturation, rye distillate is introduced into a barrel with a force of 103, rather than a greater force that meets industry standards. It costs Michter more money in terms of kegs and storage to go into a keg with a lower strength rather than a higher tenacity, but we believe that when properly matured, a richer, smoother, and richer whiskey is obtained.Single Barrel Product, Each Michter American Rye Barrel ★ 1 Barrel Strength is bottled with a specific alcohol level at the time of bottling. Most barrels in the rounds have a range of 107 to 112 fineness. Tasting it is a unique experience for rye whiskey lovers. Michter’s US ★ 1 Barrel Strength Rye is also available with a custom Fort Nelson Reserve label from Michter’s Fort Nelson Distillery.Tasting Notes: Kentucky Whiskey. New American white oak barrels, carbonized. Toffee and cinnamon with cherry notes on the nose; warm, rich, toasted vanilla and caramel at the beginning with dry oak spices at the end.