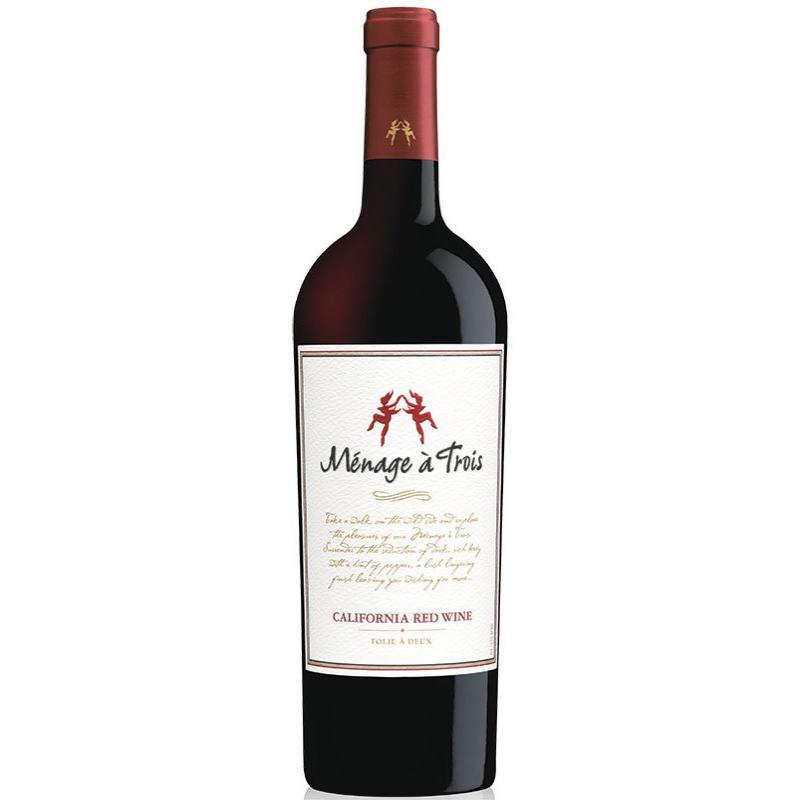 About the Producer: Menage a Trois Wines

Threesomes is an inexpensive California wine brand owned by Trinchero Family Estates. Its portfolio includes more than a dozen wines made from popular international varieties such as Cabernet Sauvignon, Merlot, Zinfandel, Malbec, Pinot Noir, Chardonnay, Pinot Grigio and Sauvignon Blanc. The label was created in 1996 by the Folie à Deux winery in Santa Helena. Originally, it was the only red blend of Zinfandel, Cabernet Sauvignon and Merlot to play on the wine's name. A white blend of Chardonnay, Chenin Blanc and Moscato was also presented. Threesomes quickly became a popular brand, successfully incorporating the brand's sexual innuendos into its marketing. In 2004, the brand, along with Folie à Deux, was purchased by Trinchero, which also owns the value brand Sutter Home. Trinchero expanded the Ménage à Trois line to include more blends and also introduced select wines. In 2009, Ménage à Trois was elected Wine Brand of the Year by the Market Watch sector publication, with 1.6 million cases sold in the same year. It is still produced at the Folie à Deux winery and has also expanded its label to a vodka line.