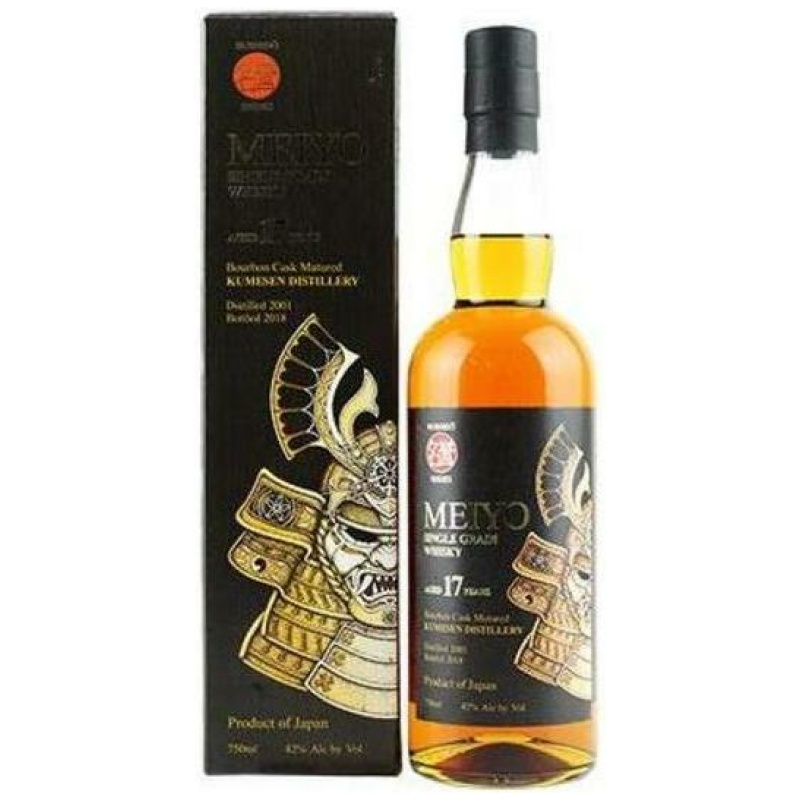 Only 3600 bottles available! This whiskey from the Japanese Kumesen distillery in Okinawa aged 17 years in bourbon barrels. Mayo means honor, which is one of the seven virtues of bushido, a moral code practiced by the samurai.