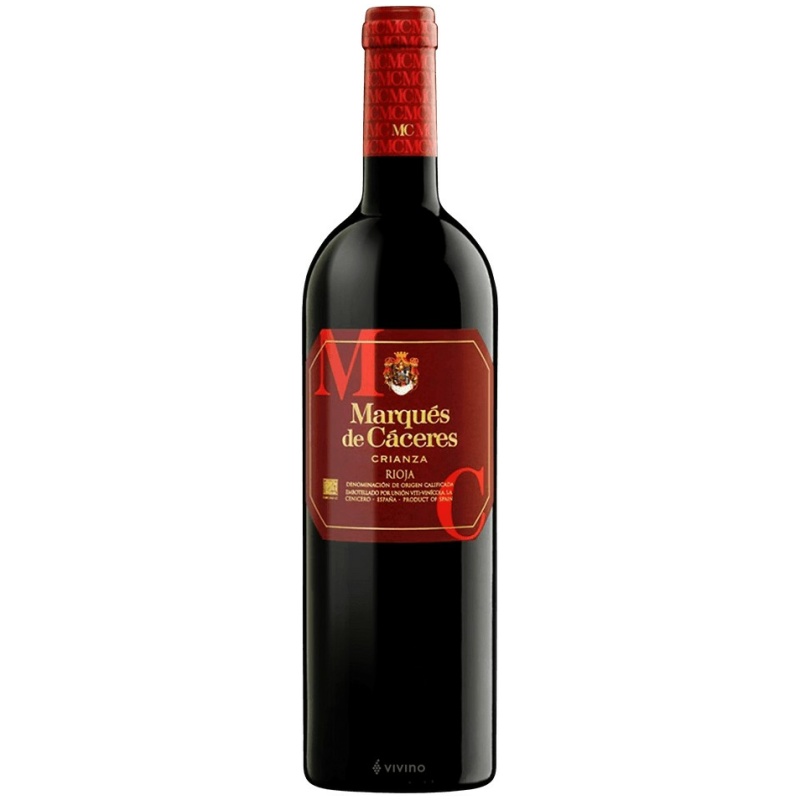 About the Producer: Marques de Caceres

Marqués de Cáceres is a large wine producer located in the Spanish town of Senicero, with vineyards in the Rioja Alta and Rioja Alavesa sub-regions. The vineyards are mainly planted with the Tinto Tempranillo variety and produce a range of wines under the Rioja DOCa name, including white wines, mainly from Viura grapes. More than half of the production is exported, and Marqués de Cáceres wines are represented in over 120 countries. The farm was founded in 1970 by Enrique Forner, who came from a family that was dedicated to the wine sector for most of the 20th century. ... Forner was one of the first in Rioja to introduce the use of French oak barrels for aging. The winery is still family owned and managed by Enrique's daughter, Cristina Forner. The winery has more than 30,000 barrels of French and American oak. varies in the degree of toasting for the aging of different wines. Aging in oak is the main process at Marqués de Cáceres, and the time a wine spends in oak depends on the vintage and the variety, be it Crians, Reserva or Gran Reserva. After aging in barrels, the wines are aged in bottles before launching. Marqués de Cáceres is known for its many bottled wines, but it also produces two high quality and higher priced red wines - Gaudium and MC. Cáceres also has a winery in the DO Rueda, which produces wines from the emblematic regional Verdejo, although it is often compared to smaller quantities of Sauvignon Blanc and Viura. The company also produces Alvarinho de Rias Baixas with the label Deusa Nai and sparkling white cava made in the Penedès region, in the southeast.