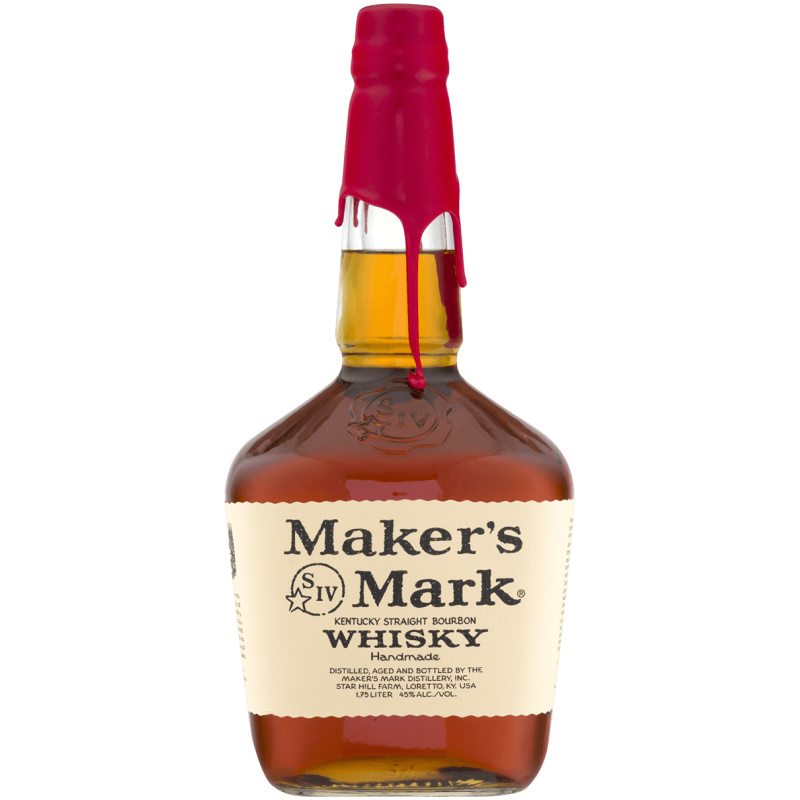 Get this Makers Mark Bourbon 1.75L delivered to your door. Of course, Maker’s Mark began with bread. In 1953, Bill Samuels purchased the Burks’ Distillery in Loretto, Kentucky, and did the expected – but not in the expected way. He was looking for the perfect mashbill for his new Bourbon. Pappy Van Winkle’s Old Fitzgerald and W. L. Weller recipes served as inspiration. He didn’t want to spend the time distilling, aging, and tasting each candidate, so he created a loaf of bread out of each grain mixture. There was no rye in one of them. Is there no rye? Samuels preferred the loaf without rye, so he went with it. The winning recipe included corn, malted barley, and a substantial amount of red winter wheat. In comparison to rye-heavy spirits like Bulleit or Knob Creek, the product is quite different. In comparison to rye-influenced whiskeys, the result is less peppery. Place a glass in front of your nose. Spiced honey, sliced fruit, and citrus peel fill the air. Take a swig. On your tongue, barley malt, butterscotch, and vanilla bean will gradually bloom. Please wait a moment. The finish is medium in length, with a light caramel flavor and a hint of dry oak spice. Maker’s Mark pairs well with sweet vermouth thanks to its diverse flavor profile. With a cherry, it makes a great Manhattan. Use a small amount of bitters. It goes well with an Old Fashioned, especially if you use dark purple Bing cherries to muddle. Ask yourself two questions if you’re having a weird day. Is bourbon a fan of peaches? Both are as sassy as a sassafras tree. Is peach a fan of orange? Of course, otherwise there would be no Fuzzy Navel. Bring them all together. To an ounce of OJ, mix 1 1/2 ounces Maker’s with 3/4 ounce peach schnapps. Shake it up thoroughly before serving it up or on the rocks. There’s an extra fuzz on the navel. Maker’s Mark makes a good everyday house bourbon or a special occasion sipper to put next to your best bottles from Scotland, Ireland, and Japan in your home bar (depending on your budget and the height of your top shelf). On Broadway Wine N Liquor, you can buy Maker’s Mark Whisky for a fantastic price and have it delivered to your door or picked up in store.