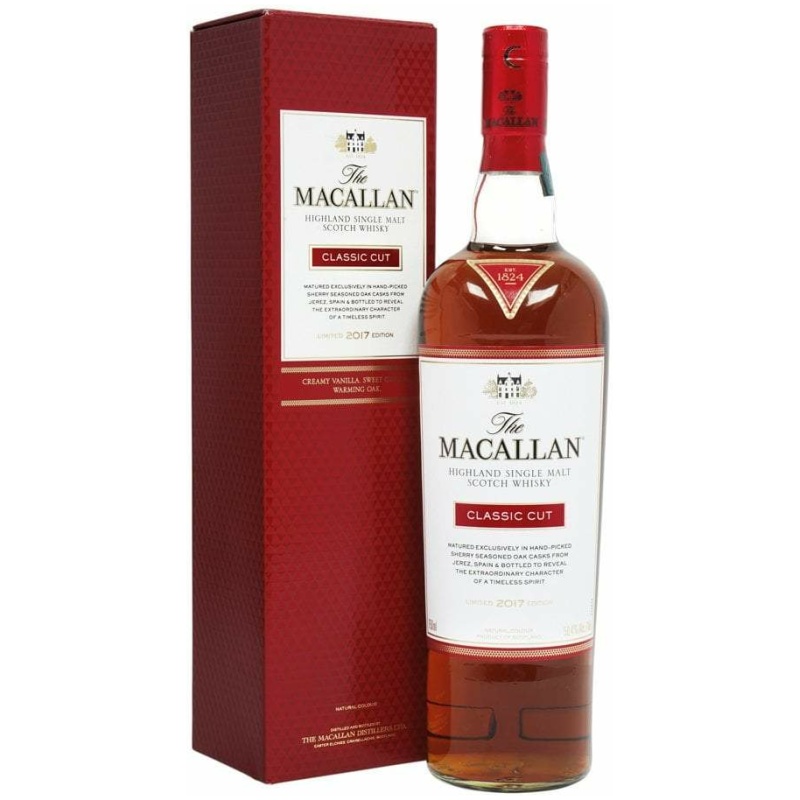 For the first time in the history of the Whiskey Maker series, Polly Logan has created the unique expression of Macallan Classic Cut by combining whiskey from sherry casks and American oak bourbon casks.

The delicate sweetness of bourbon casks is combined with the depth of taste and complexity of aromas from the classic casks of The Macallan seasoned sherry casks. The alcohol content of 55%, selected as optimal by their whiskey maker, emphasizes the fullness of character and reveals the dominant notes of vanilla, sweet orange and fresh oak.

About the Producer: Macallan Distillery

The Macallan Distillery was founded in 1824 in the Speyside region on the River Spey in the Highlands of Scotland. The Macallan is an icon in the Single Malt whiskey world and the number 1 brand in terms of sales value. In 2019, it broke the Guinness record once again: the 60-year-old bottle of The Macallan was sold at an auction in London for an astronomical amount of GBP 1.5 million. The very specific and highly appreciated taste of The Macallan is influenced by: extremely small stills used for distillation (only 16% of the best batch of distillate goes to the barrels), a special type of Golden Promise barley, which is still grown on the property today, and exceptional care for the selection of appropriate barrels in the vast majority of Spanish sherry.