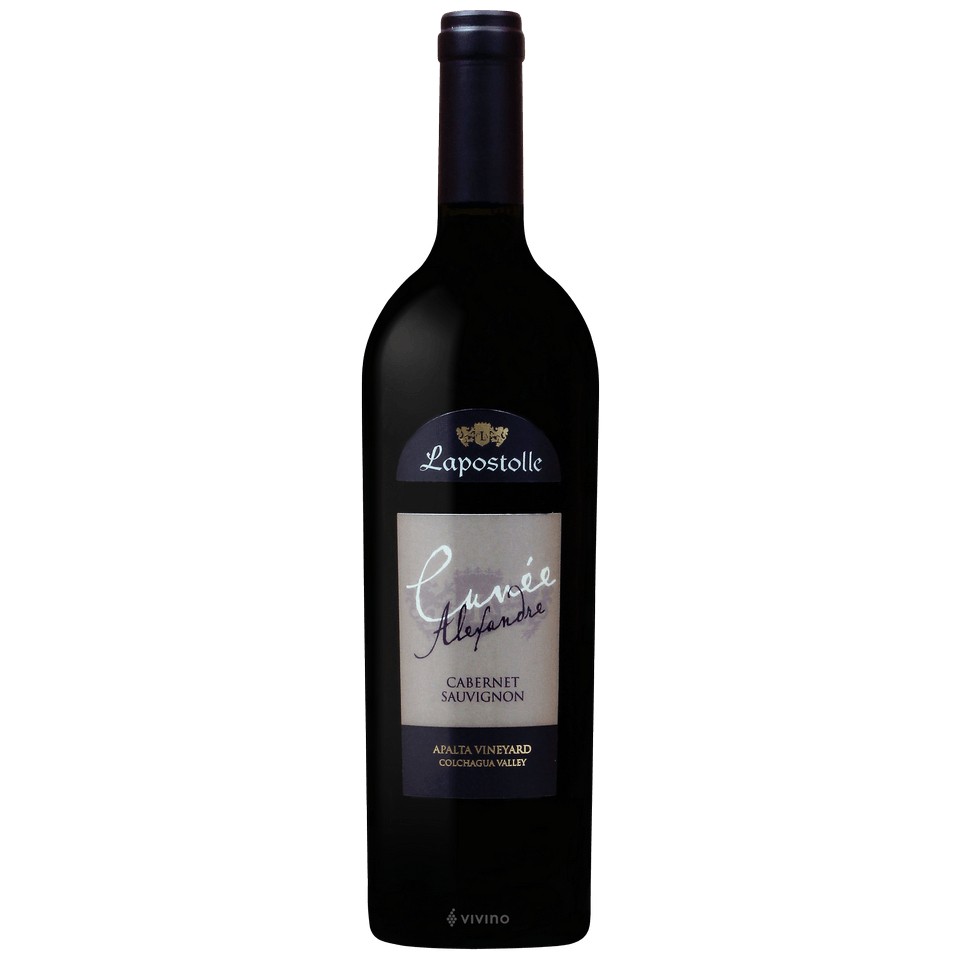 94
James Suckling
I love how the leafy complexity of dried sage, pine cones and forest floor combines with earth and paprika, but then with very fresh fruit, such as blueberries and citrus. Medium to full body, chewy and grainy tannins and a bark-laden finish. Drink in 2023.
93
Tim Atkin
“Old vine fruit from two parcels - one on the slopes and one on the plain - supply the grapes for this rich, dense, yet focused cuvée of Carmenère with 15% Cabernet Sauvignon. Showing less oak than in the past, this has classic chocolate and tobacco spice notes and a fresh finish.
90
Robert Parker's Wine Advocate
The 2016 Cuvée Alexandre Carmenère has some 15% Cabernet Sauvignon. It's surprisingly fresh and clean, remarkable for a difficult harvest, especially for the late-ripening varieties. It has fine-grained tannins and rich flavors. This feels like a great improvement over previous years, and it also has less oak; they now buy used barrels from Clos Apalta. 69,000 bottles produced. It was bottled in December 2017.

Carménère is a savory red wine with a medium body that originated in France but is currently mostly made in Chile. The grape's name comes from the French word for crimson, ""carmin,"" which refers to the vines' brilliant crimson autumn leaves before they fall.

It was first grown in the Medoc area of France and is now used in modest amounts in Bordeaux blends. After the danger of phylloxera in the 19th century, Carménère was mostly abandoned in France owing to its poor fruit set and unpredictable yields. Carménère was introduced to Chile about this period and was first planted alongside other varieties, notably Merlot. It was subsequently discovered and currently thrives in Chile's ideal warm and dry growing conditions.

Carménère is Chile's most famous grape variety. It was designated the country's official variety in 1998. It is mostly found in the valleys of Colchagua, Rapel, and Maipo. Carmenere is found in limited amounts outside of Chile, with the Veneto region in North Eastern Italy being particularly noteworthy. Carménère is made as a single varietal, although it is often blended with Merlot or Cabernet Sauvignon.