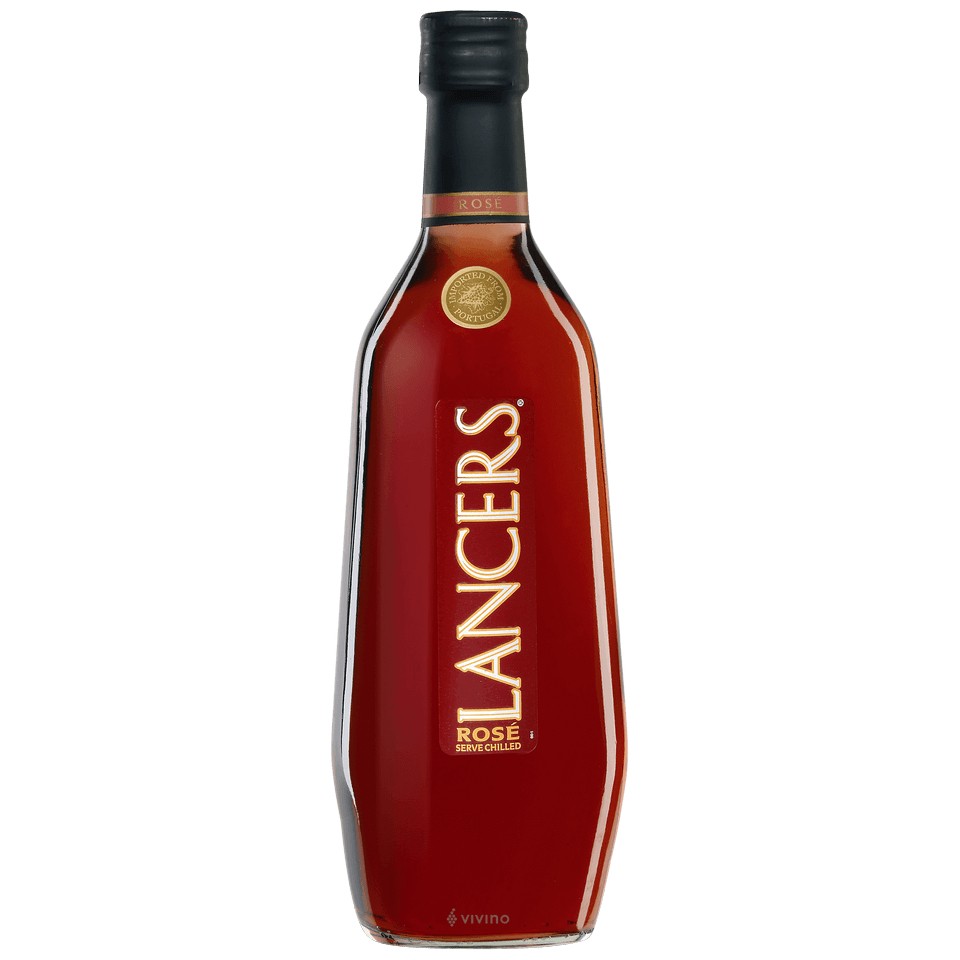 Discover this Lancers Rose and get it delivered to your door. Lancers Rose is produced in Pen?nsula de Set?bal, Portugal.

A rosé (from the French, rosé [oze]) is a wine that contains some color from the grape skins but not enough to be classified as a red wine. It's possible that it's the oldest known sort of wine, as it's the easiest to manufacture using the skin contact method. Depending on the grape varietals used and winemaking procedures, the pink color can range from a faint "onionskin" orange to a vibrant near-purple. In French, Portuguese, and English-speaking nations, the wine is usually labeled rosé, rosado in Spanish, or rosato in Italian.

Skin contact, saignée, and blending are the three main methods for making rosé wine. Rosé wines come in a variety of sweetness levels, from severely dry Provençal rosé to sweet White Zinfandels and blushes, and can be made still, semi-sparkling, or sparkling. Rosé wines are manufactured from a range of varietals and are available all over the world.

Jose Maria da Fonseca is a family producer of Portuguese wine founded in 1834. The farm is named after its founder José Maria da Fonseca and is known for its wide range of table and fortified wines from all over the country, to regions such as the Peninsula from Setúbal, Alentejo, Douro, Dão and Vinho Verde. The farm produced its first wine, Periquita, in 1850, becoming one of the first red wines bottled in Portugal. Periquita Original is a blend dominated by Castelane with a smaller amount of Trincadeira and Aragon (Tempranillo). This grape is grown in the sand-rich vineyards of the Setúbal Peninsula, a region where José Maria da Fonseca is believed to be the first to plant Castelán. Today, the Periquita brand produces white, pink, reserve and superior, each of which is a unique blend of grape varieties. Alongside Periquita, José Maria da Fonseca is known for its Lancers wines, led by Lancers Rosé. This wine was originally launched on the American market in 1944 by Henry Behar, who named the brand after a painting by Velázquez called Las Lanzas. José Maria da Fonseca's wide range of wines is produced in his Fernando Soares Franco winery. The 6.5 million liter plant houses 513 wineries as well as traditional presses from the early 20th century. The wines produced here are bottled and shipped to over 70 countries around the world.