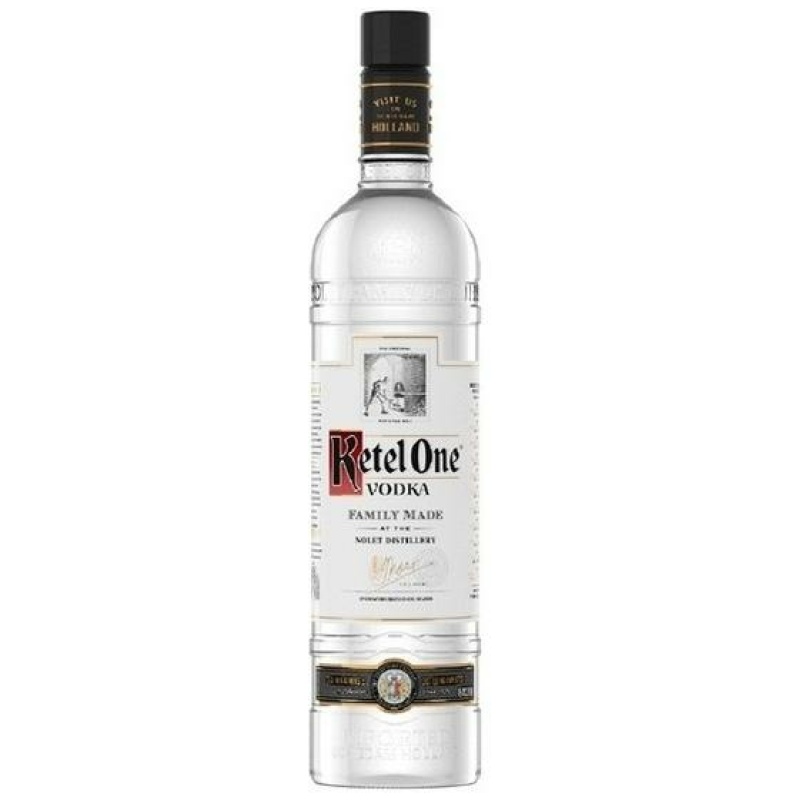 Discover the popular Ketel One Vodka and have it delivered to your door today. Ketel One Family Made Vodka has a flavor that is influenced by traditional distilling techniques. For smoothness and neutrality, our 80 proof vodka is made with 100 percent non-GMO European wheat. Our vodka has a crisp, unique flavor and a robust finish thanks to its distillation in copper pot stills, filtration over loose charcoal, and storage in walled tanks. Simply combine club soda, a cucumber ribbon, and a sprig of mint for a refreshing Soda with Cucumber Mint beverage that is perfect on its own or in your favorite cocktail. At the 2020 Drinks International awards, Ketel One Family Made Vodka was named the top-trending vodka. One 1.75 liter bottle of 80 proof Ketel One Family Made Vodka is included. Please consume in moderation.