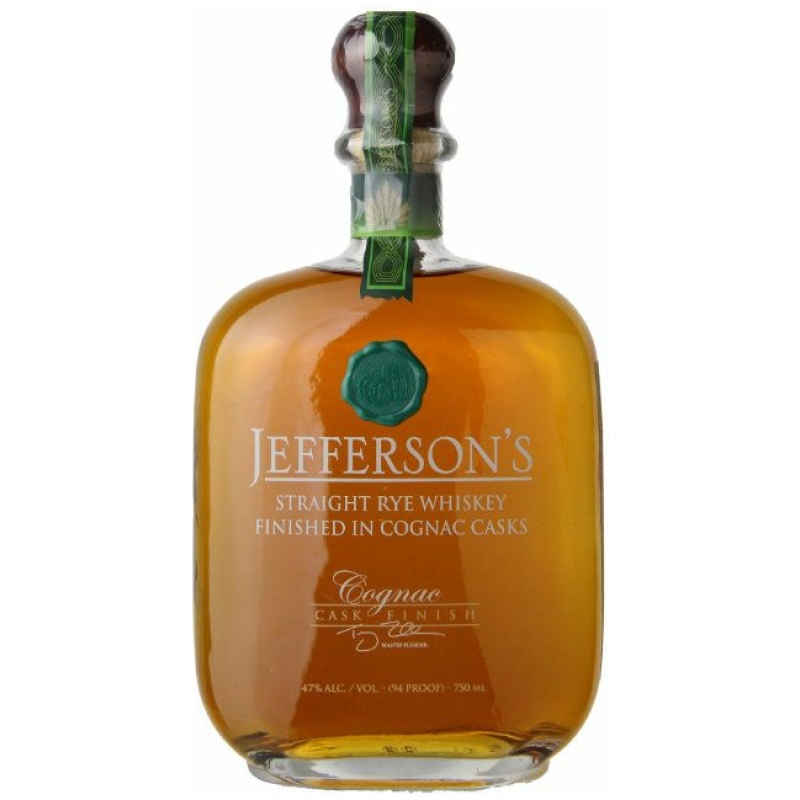 The spiciness of American Rye is combined with the smoothness of cognac in Jefferson’s Straight Rye Whiskey matured in Cognac Casks. It exhibits Jefferson’s famed and creative maturation procedures, being double-barreled for 9 – 19 months. The Cognac finish lends complexity and depth to the rye whiskey spice’s typically one-dimensional taste. A thick mouth sensation with honey and orange replaces the normal dryness on the end. The rye spice is blended with citrus, peach, and honey to create a full-bodied mouthfeel. A real rye whiskey for sipping.

Finished for at least 9 months in hand-selected cognac casks, imparting Jefferson’s signature of innovation through maturity. 94 proof, which is higher than the 90.2 proof of most Jefferson’s publications.

Jefferson’s was founded in 1997 by Trey Zoeller and his father Chet, a well-known bourbon expert. They were carrying on a family tradition started by Trey’s 8th generation grandmother, who was jailed in 1799 for “producing and selling spirituous liquors.” Trey has committed his life to expanding the boundaries of bourbon’s definition. Tradition is upheld, but new options are continuously being explored.

Known for its spicy and tangy flavor, rye is the ideal base for cocktails like Sazerak, Manhattan or Old Fashioned. For alcohol to be called American rye whiskey, the must must contain at least 51% of rye grains. The rest of the wort is usually a combination of malted barley, wheat or corn. After the end of the distillation, the alcohol is transferred to carbonized white oak barrels that have not been used for at least two years, although many manufacturers prefer to age for a longer time.