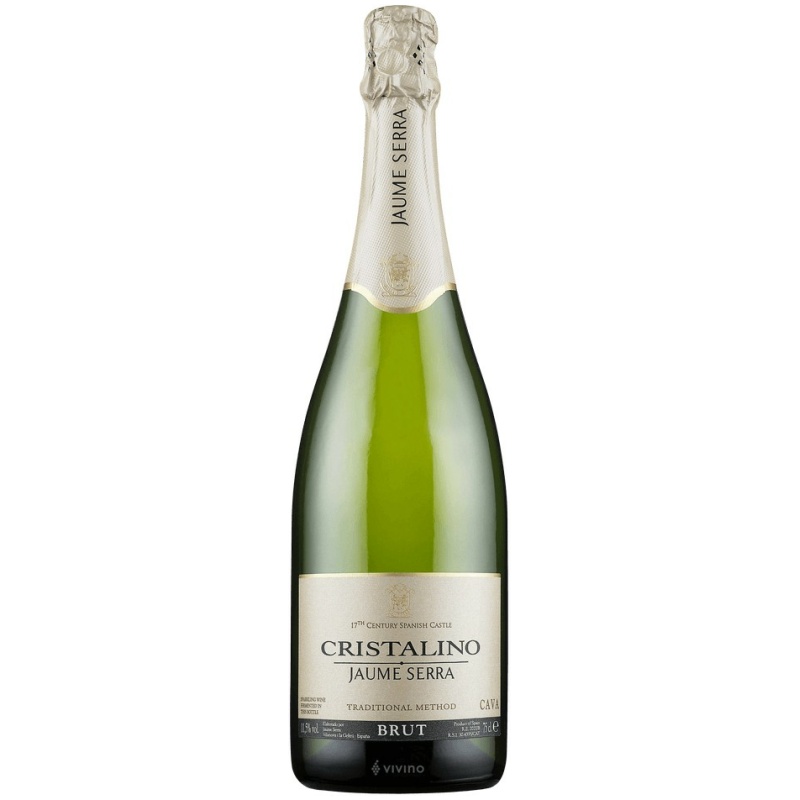 88
Wine & Spirits
A perennial favorite, this offers clean apple flavors at an unusually affordable price for such a completely dry style. It's a great party pour, or an aperitif to sip with raw clams.

Cava is a sparkling wine from Spain that has been granted Denominación de Origen (DO) designation. It can be either white (blanco) or red (rosé) (rosado). The Macabeo, Parellada, and Xarello grape varietals are the most popular and traditional grape varietals for making cava in Spain. Only wines made using the conventional method are permitted to be labeled as ""cava,"" whereas those created using other methods are only permitted to be labeled as ""sparkling wines"" (vinos espumosos). It is estimated that over 95 percent of all cava is made in the Penedès region of Catalonia, Spain, with the hamlet of Sant Sadurni d'Anoia being home to several of Catalonia's greatest production houses.:144–145 Codornu and Freixenet are the two largest producers in the country. There are many additional localities that manufacture cava in Aragon, Castile and León, Extremadura, La Rioja, the Basque Country, Navarre, and Valencia.

Since Champagne has been granted Protected Geographical Status (PGS) and Spain joined the EU in 1986, it is no longer legal to market Cava as "Spanish champagne". This is in accordance with European Union regulations. It is still referred to as champán or champaa in Spanish, or xampany in Catalan, when spoken informally. The term ""quality sparkling wine produced in a specified area"" (Vino Espumoso de Calidad Producido en una Región Determinada, VECPRD) is now defined by law as ""quality sparkling wine produced in a specified area.""

The word champán in Spanish should not be confused with achampado, which is a slang name for sparkling wines made using a manner other than the conventional manner. They are often less expensive and are offered by the bottle in achampado bars and restaurants, which are named by the wines they offer. Although this is not cava, it is a quite popular beverage in its own right.

It was in 1851 that the first bottle of Catalan sparkling wine was produced, and the foundations of the cava business may be traced back to Josep Raventós's travels across Europe in the 181860s, during which he was marketing the still wines of the Codornu Winery. His excursions to Champagne piqued his curiosity, and he became intrigued by the possibilities of a Spanish wine produced in the same traditional manner. In 1872, when the vineyards of Penedès had been ravaged by the phylloxera disease and the predominately red plants had been replaced by significant numbers of plants yielding white grapes, he made his first sparkler.

During the production of cava, Catalan cava producers were at the forefront of a significant technological development in sparkling wine production with the invention of the gyropallet, a large mechanized device that replaced hand riddling, the process by which the lees are condensed in the neck of the bottle prior to disgorgement and corking.