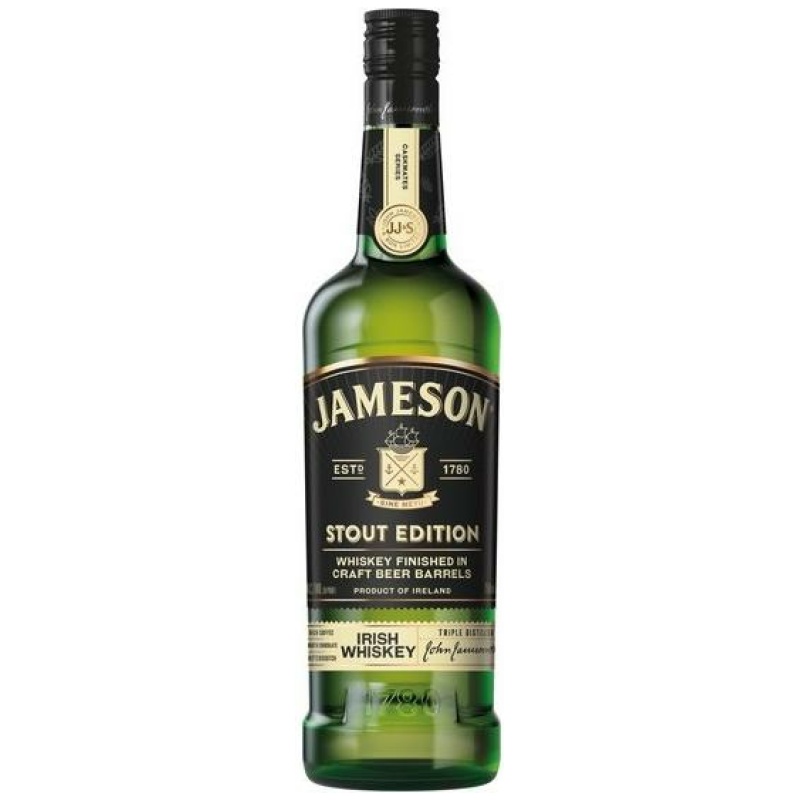 Looking for a Jameson Caskmates Stout Edition 1L and want it delivered to your door? You’ve come to the right store. We offer fast delivery with FedEx on all our products. When the Jameson Master Distiller met the Franciscan Wells Master Brewer for a drink, they devised a plan to transport a few Jameson casks to their brewery down the road to age their craft Irish stout. When it came time for the casks to be returned to us, our Master Distiller spotted an opportunity that peaked his interest. Jameson Caskmates was born when he refilled the stout-seasoned barrels with Jameson Whiskey. It’s a whiskey that has all the triple-distilled smoothness of Jameson Original, but with a wonderfully unique finish. Caskmates is obviously a member of the Jameson family, with mild notes of hops, cocoa, and coffee indicating that it has crossed paths with stout.