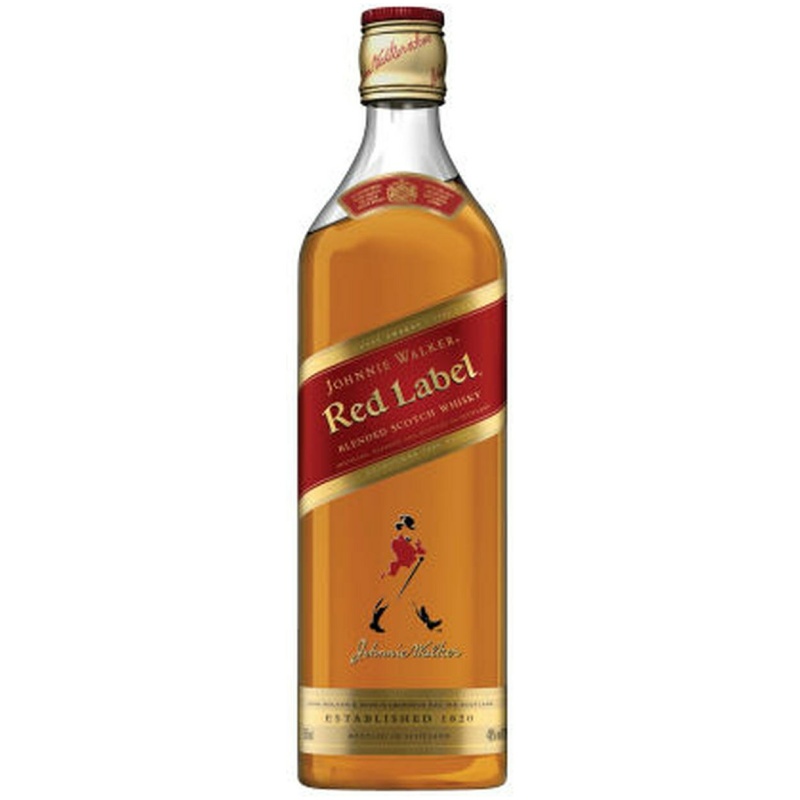 Discover this Johnnie Walker Red and get it delivered to your door.

About the Producer: Johnnie Walker

Johnnie Walker is the world's best-selling blended Scotch whiskey brand. Red Label is ageless and intended to be mixed, while Black Label, which is 12 years old, is widely considered the standard medium for the mixed category. Depending on the brand, the mix includes around 35-40 different malt and grain varieties. The brand originates from the John Walker grocery store in Kilmarnock, Ayrshire. He died in 1857, three years before blended whiskey became legal in Scotland, and so his son and grandchildren were primarily responsible for developing Walker's blend. The original square bottle was introduced in 1860. In 1908, the name was changed from Walker's Kilmarnock Whiskey to Johnnie Walker Whiskey, and the image of the Regency-era gentleman was created by cartoonist Tom Brown. The following year, Black Label and Red Label were released. For much of the 20th century, these labels and Johnnie Walker Swing - on a bottle destined for ships - were the only expressions. Several other colored labels have already been added to the portfolio, including Blue Label, one of the most expensive mixed whiskeys available in the world. Johnny Walker joined the Distillers Company in 1925, which in turn was acquired by Guinness in 1986. Since 1997, the brand has been the cornerstone of the Diageo line. The Kilmarnock plant was closed in 2012 and production moved to Leuven and Glasgow, although blending has already been done elsewhere.