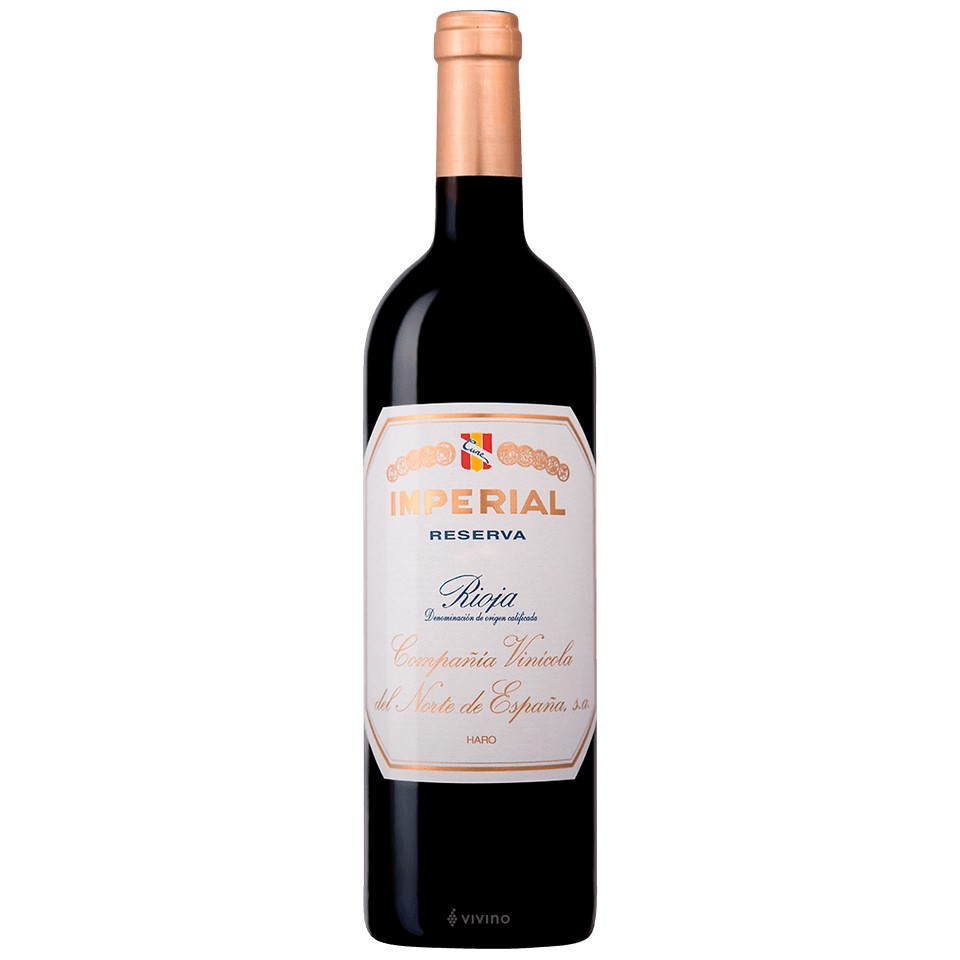 Compañia Vinicola del Norte de España (or CVNE) is a historic wine producer in the Rioja region of Spain. It has gained international acclaim for its numerous wines in its extensive portfolio, which includes everything from light table wines to the best cuvées suitable for long-term storage. A special highlight was the Imperial Gran Reserva 2004, which was voted Best Wine in the Top 100 by Wine Spectator 2013. The main CVNE winery was founded near Haro train station in 1879 and has belonged to the same family ever since. The complex consists of 22 buildings, including the original 1879 facilities and a separate factory, designed by Studio Eiffel and completed in 1909. CVNE owns 545 hectares (1,350 acres) of vineyards, but this represents only 50 percent of production: a another half is provided by contract producers. .Imperial is an independent winery, operating independently in the CVNE territory. It has its own 28-hectare (70-acre) vineyards in the Rioja Alta area, and all wines are fermented and aged in French oak barrels. The range includes the traditional Reserva and Gran Reserva red wines, as well as the Real de Asúa cuvée, made from the best vines. The Imperial label started in 1920 as an export brand to the UK and was named after its original Imperial beer bottling. CVNE also owns two other wineries: Viña Real, founded in 1920, and Contino, founded in 1973.