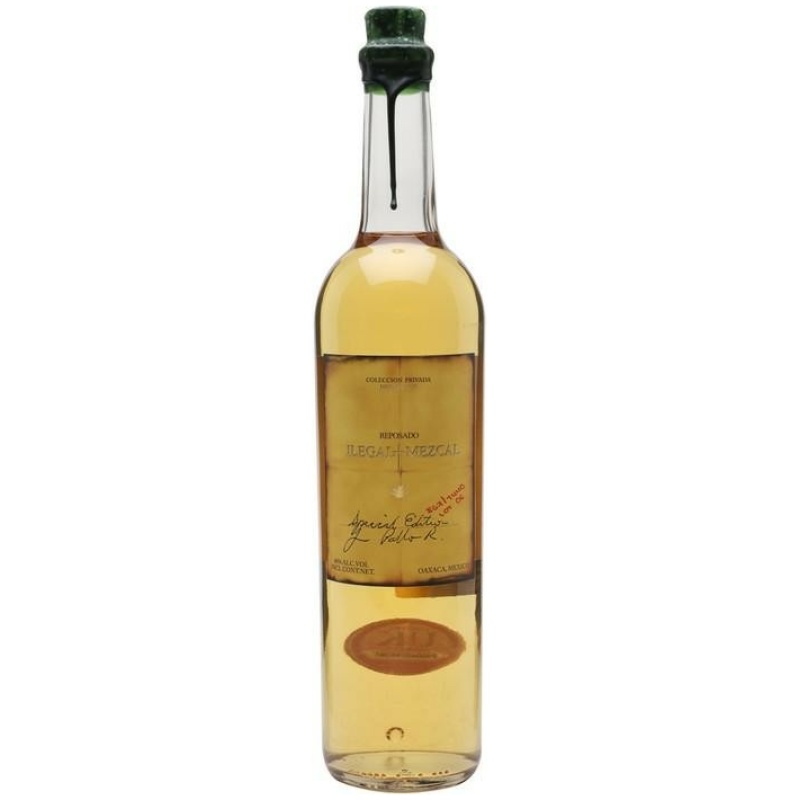 Ilegal Mezcal, Reposado is an elegant, rounded, rich mezcal with rich spicy-fruity notes and nuances of smoke in taste and aroma. The process of creating mezcal is completely manual, traditionally handicraft. For the manufacture of mezcal, agave Espadine is taken, which is baked in conical earthen ovens, heated by eucalyptus and mesquite wood. Baked agave is crushed with millstones and placed in oak fermentation tanks. Alcohols undergo double distillation in small-sized copper cubes. Aged in American oak barrels with a volume of 200 liters of medium roast lasts 4 months. In the production of mescal, artificial dyes, yeast, flavors and other additives are not used. Only agave, sun and time.