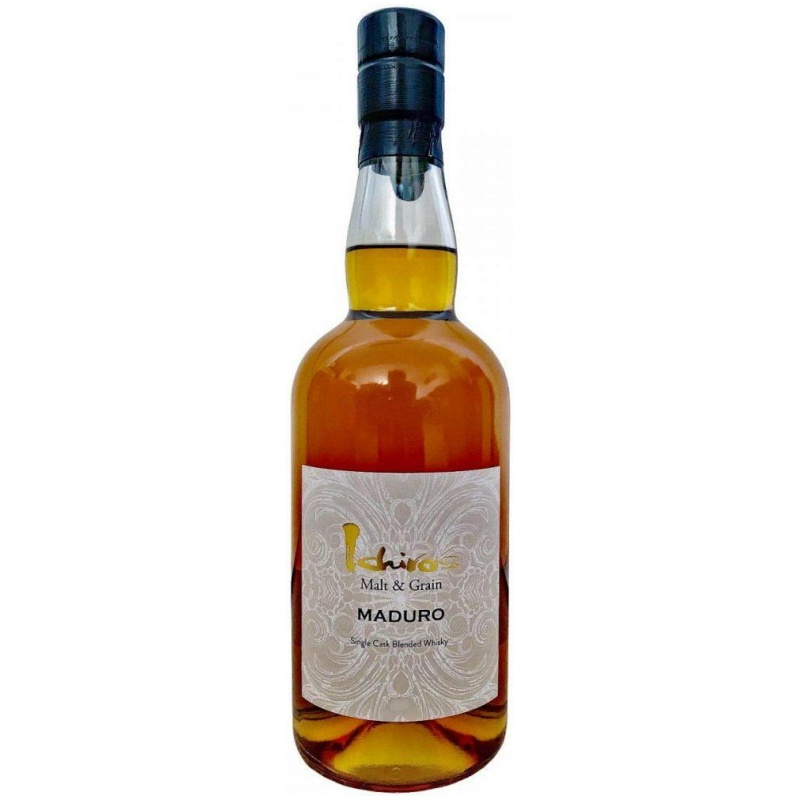 Discover the popular Ichiros Malt & Grain Whiskey and have it delivered to your door today.

Distillery The Ichiro's Malt / Chichibu Distillery is a group of different products produced by Ichiro Akuto of Japan, one of the main figures in the whiskey field. The Akuto family has been producing sake and shochu in Chichibu since 1625. In the 1980s, they established a whiskey production facility. distillery in the industrial city of Chania, Chichibu water supply. It was at this time that the whiskey market was falling and by 2000 the distillery had closed. Ichiro Akuto was left with 400 barrels, which he released in the Ichiro's Malt Hanyu Card series until 2014. About 60 expressions were labeled based on a deck of cards, including two wildcards and several cards that appear in alternate forms. The rarest "cards" have become one of the most sought after and expensive whiskeys in the world. In the 2000s, Ichiro Akuto also founded Chichibu Distillery, a very small company in the town of the same name in Saitama Prefecture. It started its activities in 2008, becoming the first new distillery in the country since 1973. Chichibu labels also feature the Ichiro's Malt brand. Chichibu Akuto obtains about 10% of its malt from local producers - an important step as Japanese whiskey has long been entirely dependent on it. foreign import. Local peat is also used, as Chichibu strives to integrate it as much as possible into the environment. In the early years of the distillery, there was a lot of experimentation with styles of malting, distilling and maturation. By adjusting the temperature of the condensers, three distillates are obtained - heavy, light and peaty. A wide variety of barrels are used for aging, including 500 liter American oak barrels, quarter barrels and used wine barrels. Consequently, a large number of small batches of whiskey were produced. Other products appearing under the Ichiro's Malt banner include Bartender's Choice blended whiskey, aged malt and grains, and an independent selection from Karuizawa Distillery. Furthermore, Akuto cooperates with other sellers and distributors.