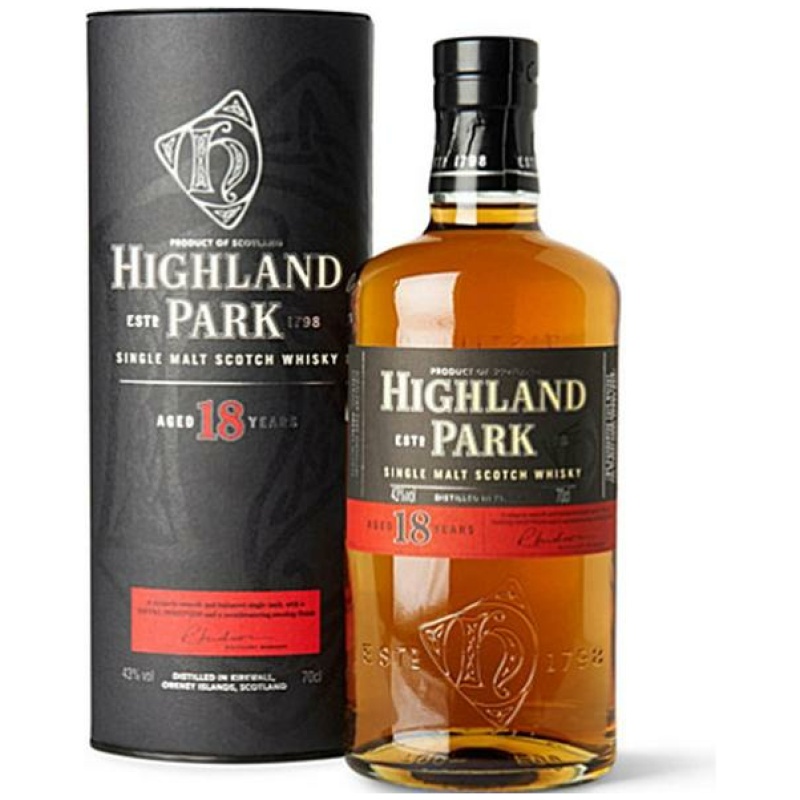 About the Producer: Highland Park

Highland Park is Scotland's northernmost single malt facility located in Kirkwall in the Orkney Islands. Geographically, it is closer to Norway than London. The single malt whiskey made here has received the highest praise from critics and amateurs alike. British writer Michael Jackson called it "the greatest all-around malt whiskey in the world". The style of the establishment is slightly peaty, slightly smoky and slightly sweet. Highland Park is one of the few distilleries in Scotland where malt is made from its own barley. Its two washes and two alcohol stills can produce up to 2.5 million liters of alcohol per year. Whiskey comes in many varieties. The main bottle age group now has additional names: 10-year-old Viking scars, 12-year-old Vikings, 18-year-old Viking homage, barrel throwing (numbered numbers) have also been added to the lineup. Older whiskeys (21 to 50 years old) come in specific editions. There are also a number of leaks in the travel market that can hit the shelves of other retailers, as well as several special editions. Freshly brewed perfumes are available at the distillery, on their website and at Highland Park in Kirkwall. The distillery was founded in 1798 by Magnus Junson, a butcher and church official by day and a successful smuggler by night. Ironically, the distillery ended up in the hands of a tax official who arrested Yunson for smuggling. Highland Park is now owned by the Edrington Group and is part of the Famous Grouse blend.