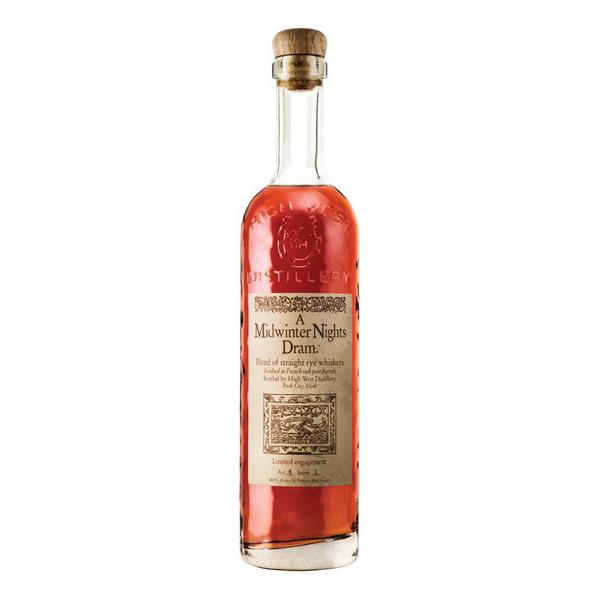 High West is Utah’s first legal distillery since 1870. The High West Dram Whiskey A Midwinter Night is a limited edition High West Rendezvous Rye processed in French oak barrels. This fine whiskey combines pure rye aged 4 to 7 years old in charred white oak barrels. This whiskey has a strength of 98.6 grams and is infused with dried fruit, fig syrup and candied ginger, complemented by blackberry, clove and cinnamon spices. It is best to enjoy it clean, because of its layers, beside a hot fire, as snow accumulates on the windowsill. Drink responsibly. Dram® Straight Rye Whiskey from A Midwinter Night, 49.3% Alc / Vol. © 2021 High West Distillery, Park City, UT.