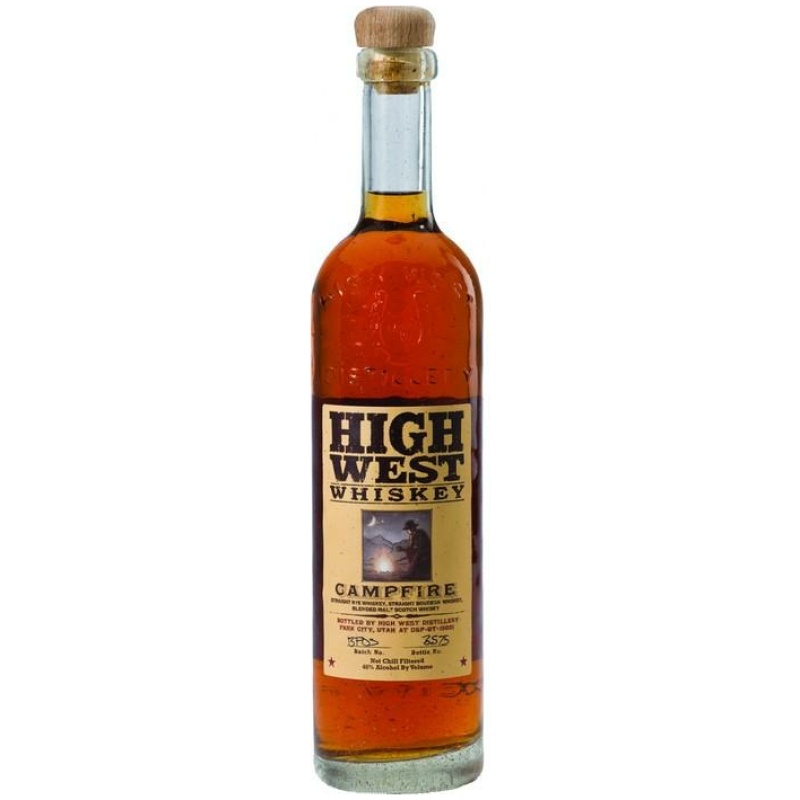 When late in the evening sun slowly sets over the horizon, it’s time to get together around the campfire and open a bottle of exclusive High West Kampfayr. The heat of a blazing fire, his dancing languages ​​warms the body and warm conversation warms the soul and deepen friendship. And the next time you try a taste of smoky whiskey in memory involuntarily emerge fond memories of these friendly meetings in smoky fire. On the label of the bottle is also depicted blazing fire and traveler, with great drink in hand.

High West Campfire – excellent American whiskey, consisting of three components: blended malt Scotch whiskey, made ​​from 100% barley malt; 5-year-old rye whiskey, alcohol, which is made of 95% and 5% rye, barley malt; 6-year-old whiskey – Alcohol is made of 75% corn, 21% rye and 4% barley malt. This original blend offers a harmonious union of sweetness and spice, on a background of delicate flavors of smoke and peat. Not surprisingly, the authoritative critic Robert Parker rated luxury whiskey on high 91 points.