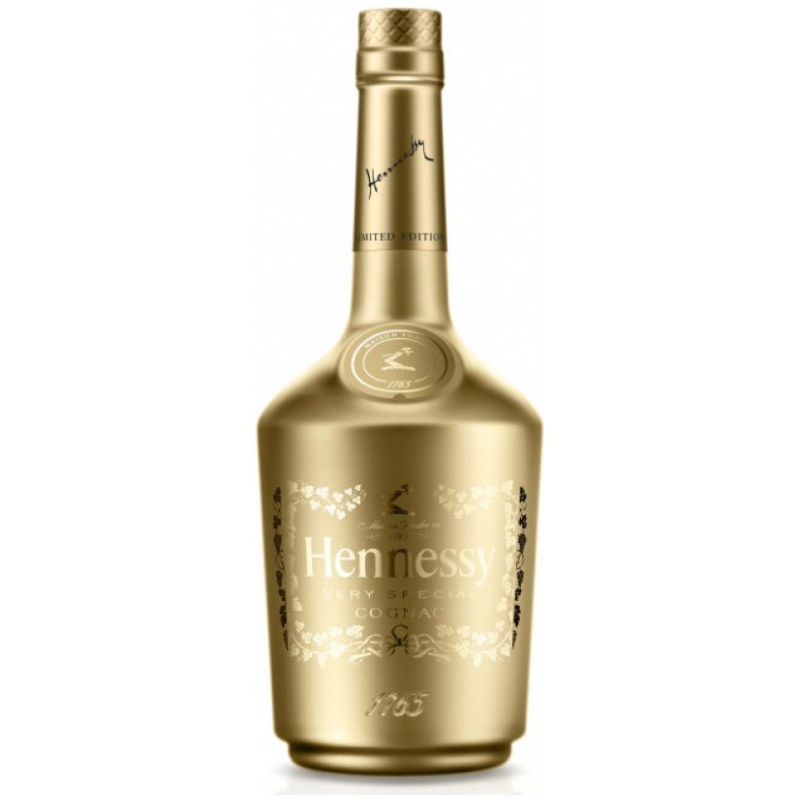 Hennessy Gold VS (Very Special) is the special Gold bottle you’ll see here only for a limited time during the holiday season. As this historic year comes to a close, Maison Hennessy pays homage to Mother Nature, reminding us that the planet we live in is the most valuable asset of all. The elegantly re-casted Hennessy Gold VS Limited Edition bottle celebrates the natural world’s eternal bounty with a warm matte-gold appearance.

Hennessy Very Special is a cognac with a distinct personality that exemplifies the Maison’s skill of selection and is adored by aficionados all over the globe. This blend has a strong and fruity flavor on the nose, as well as smooth, woody undertones. On the tongue, strong aromas of roasted almonds are complemented by fresh, spontaneous flavors of vine fruit.

Hennessy Gold VS (Very Special) is the best-selling cognac in the world, as well as a direct descendant of the first cognac, which was released about 200 years ago. In its structure – assemblage of cognac comes from the best wine regions of Cognac region, the number of alcohol exceeds 40. Hennessy VS is a benchmark among brandies. The history of its creation dates back to 1865, when the great-grandson of the founder of the house – Maurice Hennessy decided to introduce to refer to excerpts of his brandy symbol of a star. In this case, according to legend, the choice of this symbol Hennessy inspired by an asterisk on the window handle in his office. So there was a cognac with the symbol of the 3 stars, which later became the name VS.

Taste
Cognac is a multi-faceted taste with a rich, voluminous texture and rich flavor of different flavors, in a frame which contains notes of early fruit, shaded light freshness. Pleasant aftertaste with a hint of vanilla, which creates a sense of completeness and richness of taste.

Aroma
Cognac has an exciting aroma with dominant notes of vanilla and oak, light nuance berries, followed by gentle shades of hazelnut and colors.

Gastronomy
Cognac can be used both in pure form and ice, and is perfect for making cocktails.