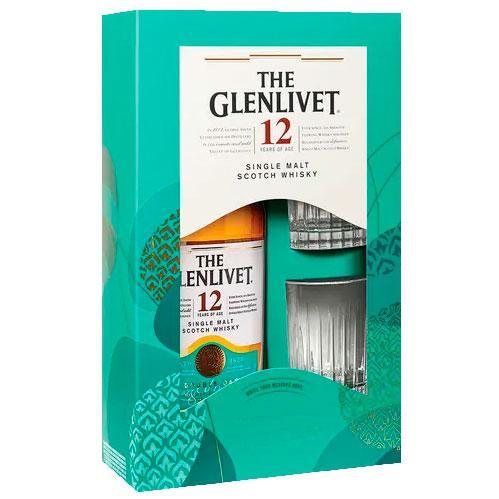 Get this The Glenlivet Single Malt Scotch 12Yr w/2 Glasses Pack delivered to your door.

About the Producer: The Glenlivet

Glenlivet is the first licensed whiskey distillery in the famous valley of the same name. Since its founding in 1824, it has grown to become one of the most important distilleries in Scotland. In 1823, the Excise Act outlawed unlicensed distillation, but most local distilleries continued to operate, especially in the Speyside region. George Smith decided to apply for a license, and the decision was so unpopular with his neighbors that he had to carry two pistols with him to keep himself safe. Along with his youngest son, John Gordon Smith, he formally founded the Glenlivet Distillery in 1824. The product was such that the Smiths opened two more distilleries and found that competitors had labeled their whiskey as Glenlivet. The legal action to regain control of the name was only partially successful: the court ruled that while the distillery was the only one entitled to be called The Glenlivet, other distillers could use the name as a suffix, leading to labels like Glen Forres-Glenlivet (later Edradour) and Dufftown-Glenlivet. Glenlivet thrived despite this, and was one of the few distilleries in Scotland to remain open during Prohibition and the Great Depression. After Prohibition was repealed, the Pullman railway company began offering miniature bottles of The Glenlivet, and whiskey's popularity soared. In 1950, Glenlivet captured more than half of the US malt market and remains the world's best-selling single malt whiskey. U.S. Today, the distillery produces around 6 million bottles of malt in its 14 stills of different types: the Classic line includes six varieties of different ages, and the Nádurra line includes three smokier peat whiskeys. There is also a collection of 50-year-old wines and a limited edition bottle. Glenlivet is owned by Pernod Ricard and supplies malt for the company's whiskeys, including Chivas Regal, Royal Salute and 100 Pipers.