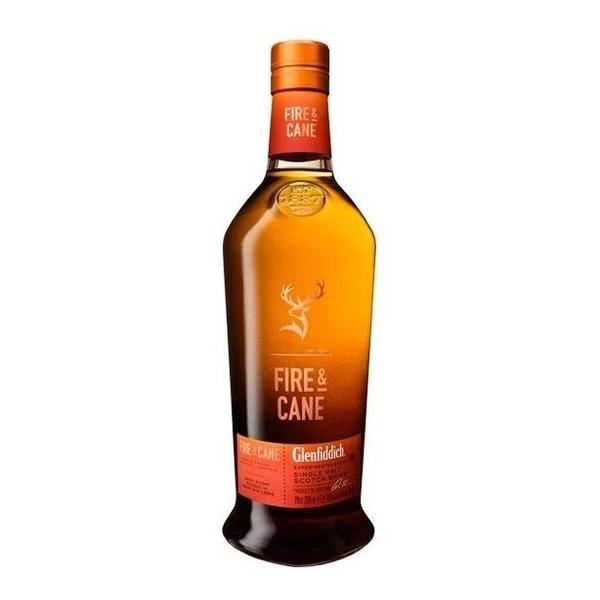 Get this Glenfiddich Fire & Cane delivered to your door.

About the Producer: Glenfiddich

Glenfiddich is the world's best-selling single malt whiskey. Distilled in Dufftown, Moray Scotland, it was one of the first brands marketed as a single malt whiskey. It was founded in Dufftown in 1886 by William Grant, who built the distillery manually with the help of his nine children. The first alcohol spilled from the cubes on Christmas Day 1887. Prohibition in the United States in 1920 was a disaster for most distilleries in Scotland, but Glenfiddick saw an opportunity. It was one of six factories still in operation at the time of the cancellation, but its management increased production during this period. This meant that Glenfiddich was in a unique position to meet the increased demand following the repeal of Prohibition in 1933, strengthening his reputation in the United States. Glenfiddich continued to actively respond. When the whiskey industry was in decline in the 1960s and 1970s, the company again successfully expanded production and launched a series of advertising campaigns actively promoting whiskey as a single malt in its famous triangular bottle. Today, Glenfiddich is sold in approximately 180 countries. The distillery has an extensive infrastructure, which includes its own goldsmiths and a specialized cooperage workshop. The 32 stills of distillation can produce 13 million liters of alcohol a year, making Glenfiddich the largest distillery in Scotland. The range of whiskeys produced is extensive, from the standard 10-year version to the 50-year version, which sells for over $20,000 a bottle. Maturation takes place in a variety of barrels, including barrels previously used to store bourbon, sherry, and rum. Home style tends to be on the lighter end of the scale, with a tangy, nutty character. Glenfiddich's parent company, William Grant & Sons, also owns the Balvenie distillery, as well as a blend of Grant, Hendrick's Gin and Drambuie liquor.