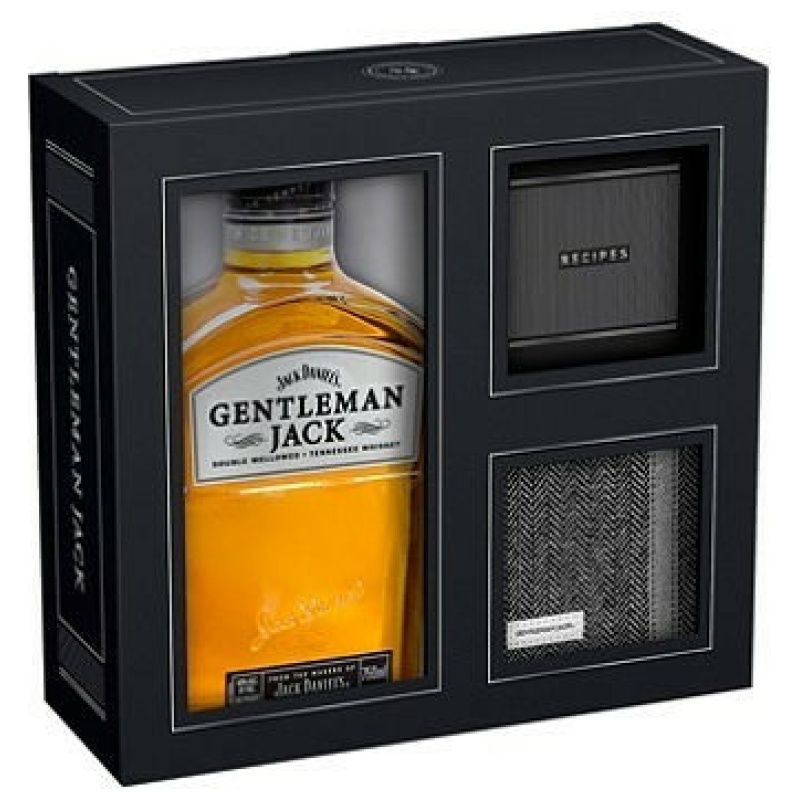 Looking for a Gentleman Jack Gift Set and want it delivered to your door? You’ve come to the right store. We offer fast delivery with FedEx on all our products.

About the Producer: Jack Daniel's

Jack Daniel's is the best-selling American whiskey brand in the world. The famous black labeled whiskey meets the requirements to be called a pure Bourbon, but is sold simply as a Tennessee whiskey. The time when the company was founded by the namesake Jack Daniel is a matter of controversy and, in fact, many of the details surrounding Daniel himself are relatively vague. Although the label suggests 1866 as the start date, official records cited by Daniel's biographer suggest it was 1875. The Old Number 7 mark is believed to refer to the distillery's original federal state registry, which was number seven in the county. . 4. In the early 20th century, Jack Daniel's battled the local abstinence movement and in 1904 saw significant growth in overseas markets, winning the gold medal at the St. Louis World's Fair. In 1909, Tennessee became an arid state and the company moved to St. Louis until an agreement was reached allowing other states to sell whiskey in Tennessee. Moore County in Lynchburg, where the distillery is located, is still an arid area, so it's impossible to buy Jack Daniel's at local stores and restaurants. In addition to the standard black-label whiskey, Jack Daniel's manufactures several other products. These include Gentleman Jack, which is charcoal filtered twice, Green Label, which is made from lighter alcohols, and Silver Select, which is for export only. In addition, there are a number of trial versions for single and barrel liqueurs, as well as several mixed liqueurs and special commemorative editions. Jack Daniel's has been owned by Brown-Forman Corporation since 1956.