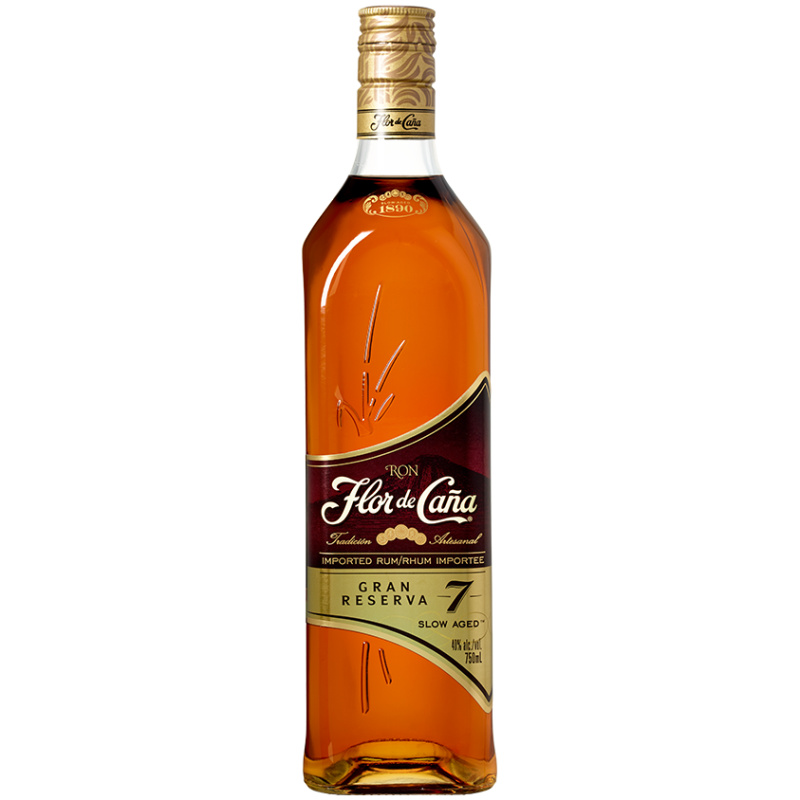 Looking for a Flor De Cana 7Yr Gold Res and want it delivered to your door? You’ve come to the right store. We offer fast delivery with FedEx on all our products.

About the Producer: Flor de Cana

Flor de Caña is a brand of rum produced in Nicaragua. It is known as one of the most prestigious rums in Latin America. The history of cachaça goes back to 1890, when Francisco Alfredo Pellas founded the distillery at Usina San Antonio. The brand itself was only created in 1937, when an independent company within the Compañía Licorera de Nicaragua distillery began producing and selling rum under the name Flor de Caña. Compañía Licorera de Nicaragua still owns the brand, and the rum is still produced in a distillery in Chichigalpa, headed by the fifth generation of the Pellas family. Sugar, necessary for the production of rum, grows in volcanic soils in the shade of one of the central regions. America's most active volcanoes. Nutrient-rich soils are responsible for the higher sugar content in molasses, which allows Flor de Caña to produce a full-bodied, smooth rum style. During production, cane molasses is first stored in large tanks and then pumped into fermentation tanks. Sugar is converted to alcohol using yeast to create a "wash liquid" that is distilled in a five-column distillation unit. The rum is slowly aged in 180 liter toasted white oak barrels, which were previously used for aging bourbon. The maturation process takes place in a natural and calm environment, where Nicaragua's tropical climate accelerates the maturation process. Rums aged from different years are blended to obtain a flavor profile that matches the quality level stated on the label. Flora de Caña's portfolio is divided into two categories: the Centenario collection and the slow aging collection. The slow aging collection includes a 4, 5 and 7 year old rum variety, while the Centenary Collection consists of three premium 12, 18 and 25 year old rums. Flor de Caña has one of the largest stocks of aged rum in the world.