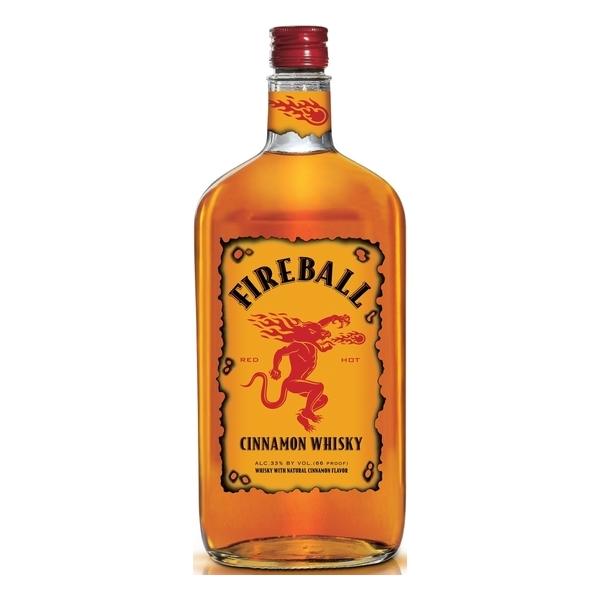 Discover this Fireball Whisky 1.75L and get it delivered to your door. There’s no need to introduce Fireball Cinnamon Whisky. Imagine being face to face with a fire-breathing dragon who has just devoured a whisky barrel full of hot cinnamon. It tastes delicious, but it burns like hell. It’s up to you to decide what happens next. This is a mellow whisky with a smoky kick from red hot cinnamon. Fireball Whisky is best appreciated as an ice-cold shot straight up. Try it with your favorite mixer — cola, ginger beer, hard cider, cranberries, etc. – for a different way to light up your night. Anything tastes better with Fireball!