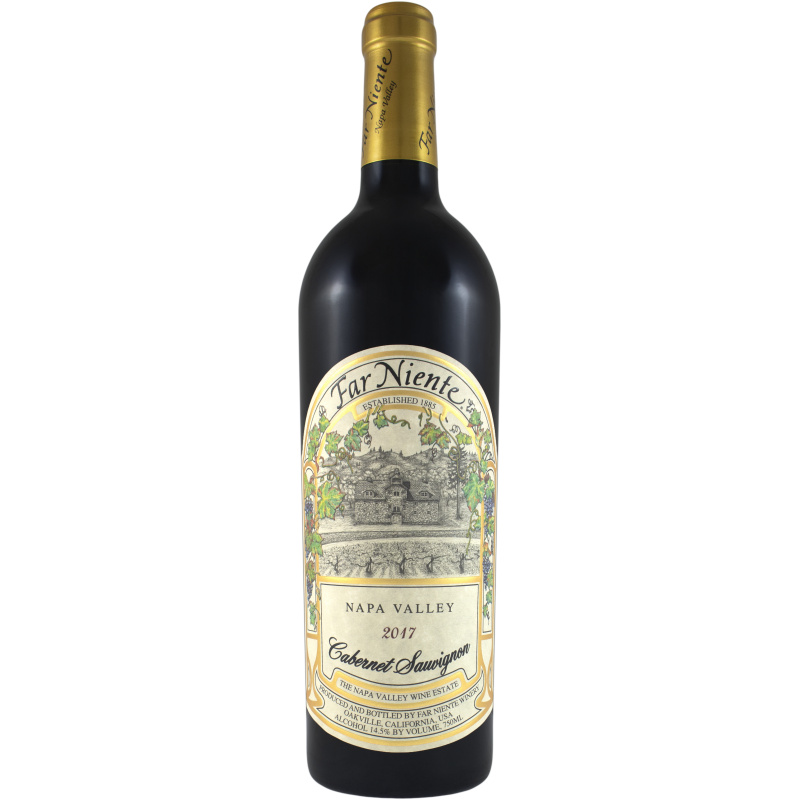 About the Producer: Far Niente Winery

Far Niente Winery was founded in Napa Valley, California, in 1885 by John Benson. It is the producer of premium Cabernet Sauvignon and one of California's most legendary wineries. Benson was the uncle of American Impressionist painter Winslow Homer and "forty-ninth" - he traveled to California in 1849 during the California Gold Rush, which caused a large influx of people to the region. Benson bought land in Oakville, built a winery, and planted vineyards. The property was profitable until Prohibition (1920-1933) forced the winery to be abandoned. In 1979, the Gil Nickel company purchased the winery and adjacent vineyards and began renovating them. The name Benson persisted until the words "far niente," part of the Italian expression il dolce far niente or "carefree," were found on a rock in front of the winery. Red wine from Cabernet Sauvignon and white wine from Chardonnay are the only wines produced, and the first vintages (1979, 80, 81) were vinified on the road until restoration was completed in 1982. National Register of Historic Places. In 1998, a bottle of 1886 Far Niente Sweet Muscat was discovered in a private California basement. The bottle looks like the oldest intact wine bottle in California, and the label is believed to have been illustrated by Winslow Homer. The Oakville appellation has several vineyards that produce grapes for Far Niente wines. Martin Stelling's Vineyard provides fruit for Cabernet Sauvignon and borders the famous Martha's Vineyard in Heitz as well as the Harlan estate. The fruit for Chardonnay is grown in several vineyards in Coombsville, a cooler area east of Napa City. In 1989, Gil Nickel founded Dolce, a California winery that specializes in dessert wines made from Sauvignon Blanc and Botrised Semillon in the Sauternes style. Several other subsidiary wineries have emerged since then, including Nickel & Nickel, Enroute, Bella Union and, more recently, Post & Beam Winery.