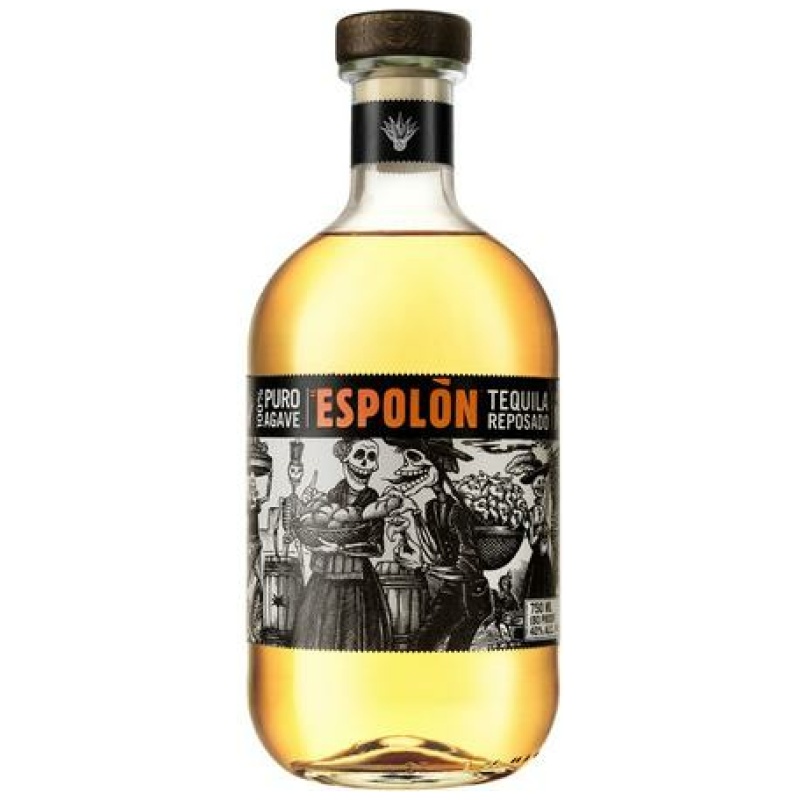 “Espolon” Reposado – Tequila “premium” class with a soft, rich, silky taste and interesting aromatic bouquet created from the blue agave plant, collected in the highlands of Los Altos in the state Halisiko. The drink is born in the walls of the plant “Destiladora San Nicolas”, awarded the title of “Best Plant in Mexico.”

After collection, the agave is divided into several parts and send in a preheated oven stone for what would she became softer. For the production of tequila “Espolón” This procedure takes about 20 hours. Then the juice is squeezed from the plant, and it is mixed with pure water and special yeast. The resulting beverage is poured into barrels for fermentation week. The mixture is transformed into a light liquor, and then subjected to distillation, which for tequila “Espolón” lasts about 5.5 hours, unlike other brands of drinks, where distillation takes less than 3.5 hours. Excerpt tequila takes place in American oak barrels and takes about 6 months. As a result, a very soft drink with a unique, multi-faceted taste and rich aroma.

No less unique and bottle design “Espolon” Reposado – label is decorated with figures of two skeletons. Illustrated – artist Stephen Noybl – create a logo in the style of “Dia-de-los-Muertos” (“Day of the Dead”). This label, called “Recuerdo” (“Memory”), like a little masterpiece, tells the story of a man and woman, peacefully conversing on the market in the center of Mexico City, built on the ruins of the main city of the Aztecs. Such a design course is intended to emphasize the major milestones in the history of the country and the fact that tequila has a unique, truly Mexican character.

Tequila “Espolon” Reposado has been awarded many prestigious competitions:

– Gold Medal at the “International Review and Spirits, 2010”;

– Silver Medal at the “International Wine and Spirits Competition, 2012”.

Brand “Espolon” owned “Destiladora San Nicolas”, which has been producing high quality tequila. The company is located in Guadalajara and has existed since 1996. Since November 2008, it became part of the Italian company Gruppo Campari.