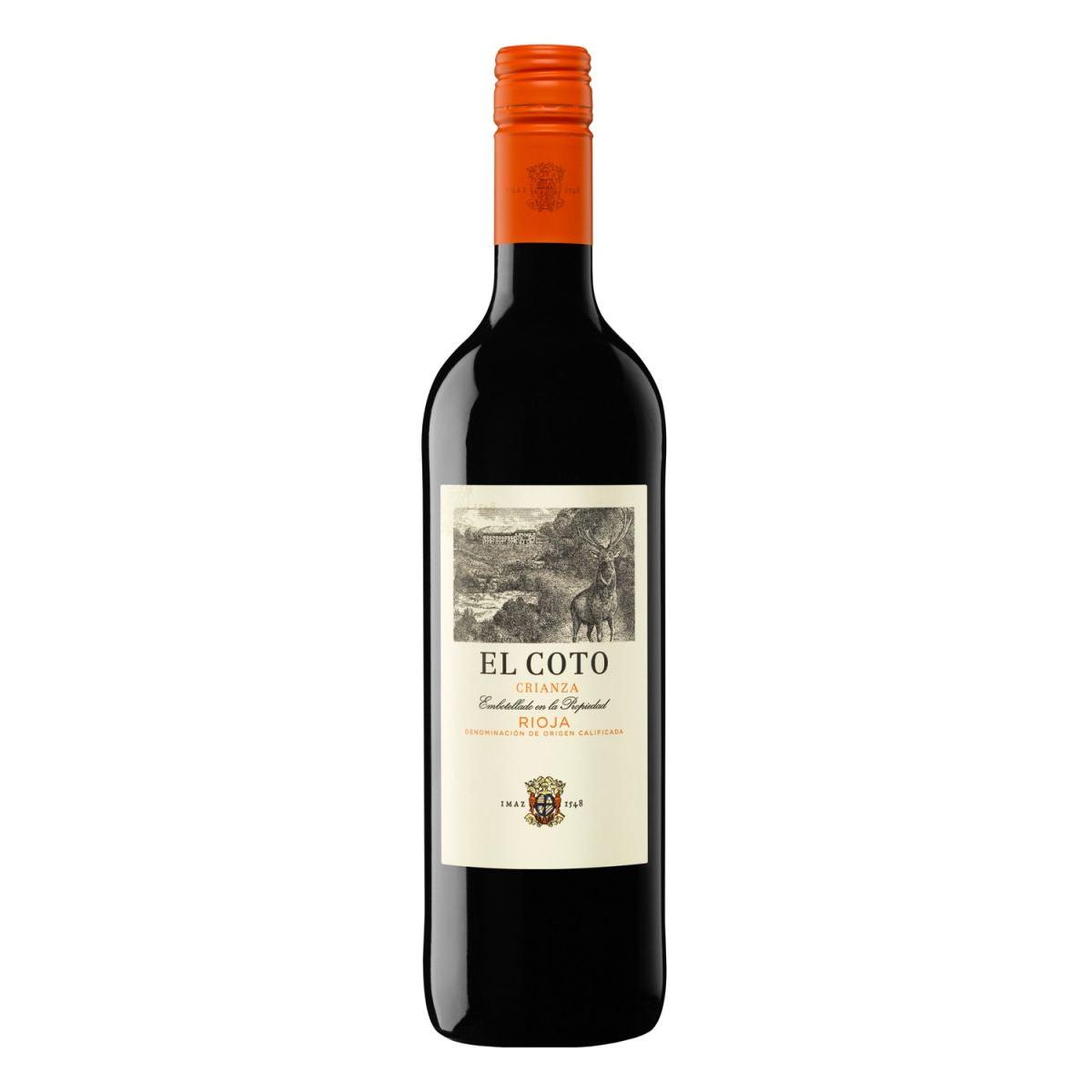 Discover the popular El Coto Crianza Rioja Reserve and have it delivered to your door today.

El Coto de Rioja is one of the biggest wine producers in Spain. It is based in Oyon, in Rioja, and is best known for its tempranillo-dominated red wines, typical of the Rioja DOCa region. El Coto was founded in 1970 and produced its first vintage in 1975. It achieved success relatively quickly and worked on expansion and modernization. equipment. Between 1990 and 1997, the winery doubled to become the first Spanish winery to be listed on the national stock exchange. The winery has grown to over 70,000 barrels, with an average age of around three years, to meet the different aging needs of Rioja wines. El Coto now exports its wines to over 50 countries, making them one of the most affordable Spanish wines in the world. El Coto is part of the Baron de Ley group, which includes the Baron de Ley winery of the same name. El Coto de Rioja offers a small selection of typical wines from the region, including reds, rosés and basic whites, as well as Reserva and Gran Reserva wines from the Coto de Imaz brand. Tempranillo is the most significant grape here, although Graciano, Grenache and Carignan are often found in wines.