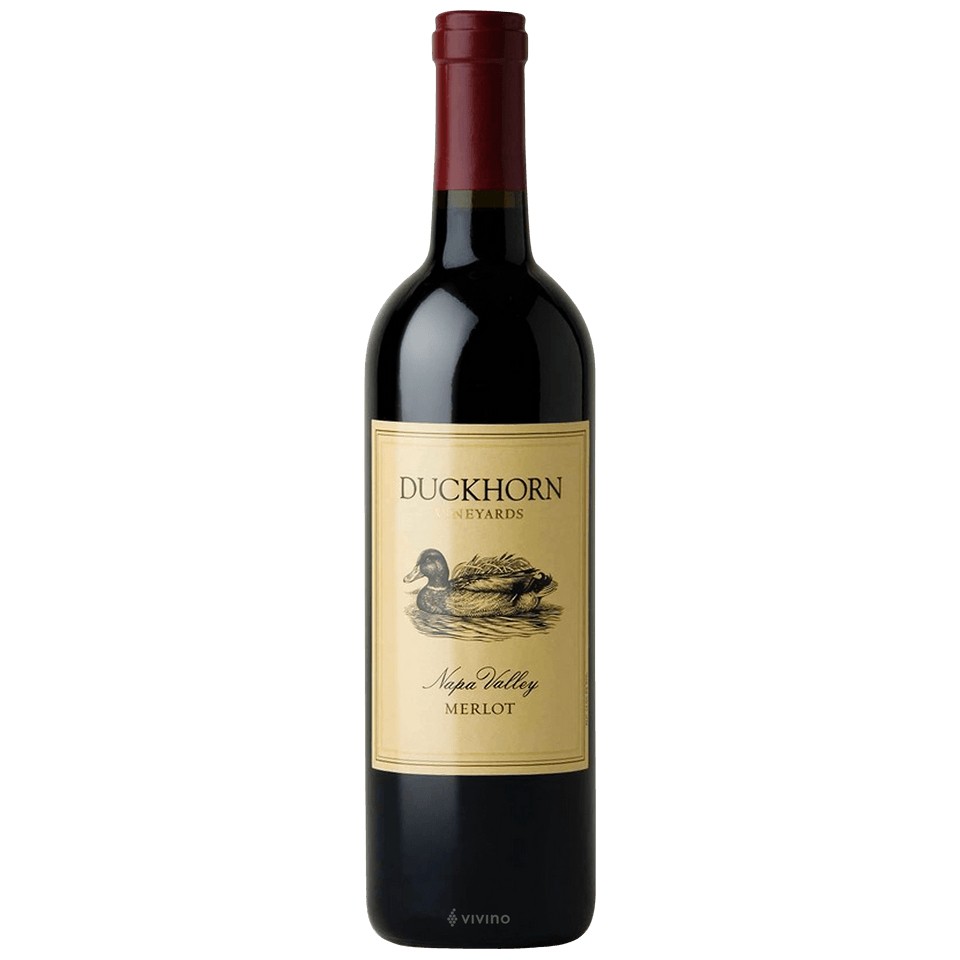 92
James Suckling
A nicely crafted 2017 red with berries, plums and hints of dark chocolate on the nose and palate. Medium body, creamy tannins and a savory finish. Pretty fruit at the end. Drink or hold.

About the Producer: Duckhorn Wine Company

Duckhorn Vineyards Vineyards has for several decades established itself as one of the most prestigious wineries in Napa Valley. Unlike most Napa wineries, it is best known for its Merlot, which founders Dan and Margaret Duckhorn saw as more than just a blended variety. Duckhorn produces a wide range of wines, from varietal and blended wines with an emphasis on Merlot, to wines made from other classic California varieties such as Cabernet Sauvignon, Pinot Noir and Sauvignon Blanc. The property was founded near St. Helena in 1976. The first vintage was produced in 1978. It consisted of 800 cases of Cabernet Sauvignon and 800 cases of Merlot. Merlot was valued for its affordable price, smooth texture and youthful drink, and is now the basis of the winery's iconic wines. In 2015, Duckhorn purchased the Three Palms vineyard, which is considered one of California's finest Merlot vineyards. Duckhorn has been buying fruit from the vineyard since 1978 and had exclusive access in 2011. Overall, Duckhorn produces wines from over 400 hectares (1,000 acres) of vineyards on the property and also brings in fruit from independent growers. This includes locations in Howell Mountain, Yountville, Anderson Valley and Russian River Valley. The collection consists of several lines: Paraduxx, Decoy, Goldeneye and Migration. More recently, Duckhorn has expanded its Washington DC product line with the Canvasback line. The first vintage was the Red Mountain AVA Cabernet Sauvignon 2012. In 2016, Duckhorn Vineyards, along with five additional wine brands, were sold to TSG Consumer Partners, a strategic investor based in San Francisco.

Be the first to review “Duckhorn Merlot Napa 750ml” Cancel reply
Get this product Pickup available at 5790 Broadway, Bronx, NY 10463
Get this item delivered via FedEx. Learn more.