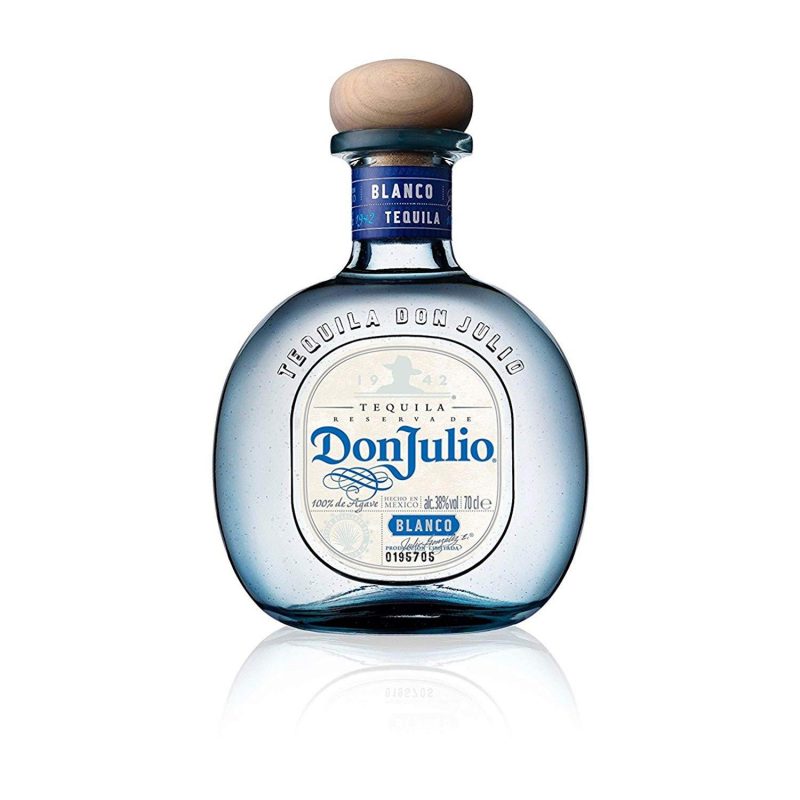 Looking for a Don Julio Blanco and want it delivered to your door? You’ve come to the right store. We offer fast delivery with FedEx on all our products.

About the Producer: Don Julio

Don Julio is a tequila brand and distillery in the Highlands of Los Altos in Jalisco, Mexico. It is highly regarded by critics and is one of the best-selling tequila brands in the world - ranked eighth in terms of sales in the United States and 11th in Mexico. The company is named after its founder Don Julio Gonzalez-Frausto Estrada. who started making tequila in 1942 at age 17. His first commercial venture was Tres Magueyes, the only other brand produced at Don Julio, which means that bottles from both ranges have the same NOM number. The Don Julio brand was created only in 1985, when his sons prepared a memorable tequila for their father's 60th birthday. The limited production was well received and led to the commercialization of Don Julio Tequila in 1987. Similarly, Don Julio's 1942 super-premium tequila marks the year he began distilling. About 90 percent of the land planted with Don Julio agave is leased by the company. company to provide flexibility in relation to the long maturation times of the plants. Tequila growers generally don't harvest agave for eight years, however Don Julio's production revolves around taller medium-growing cylinders, which are typically up to 15 years old, depending on the individual fields. Pinas agave is cooked for three days and then ground in a tequila bottle, which requires approximately 3.5 kg (7.7 lb) of agave. In 2014, international beverage giant Diageo took over the Casa Cuervo brand, which owns Russia's largest tequila brand. peace, Jose Cuervo. Diageo already owned part of Don Julio, but swapped Old Bushmills Distillery for Casa Cuervo for full control, also receiving $408 million.