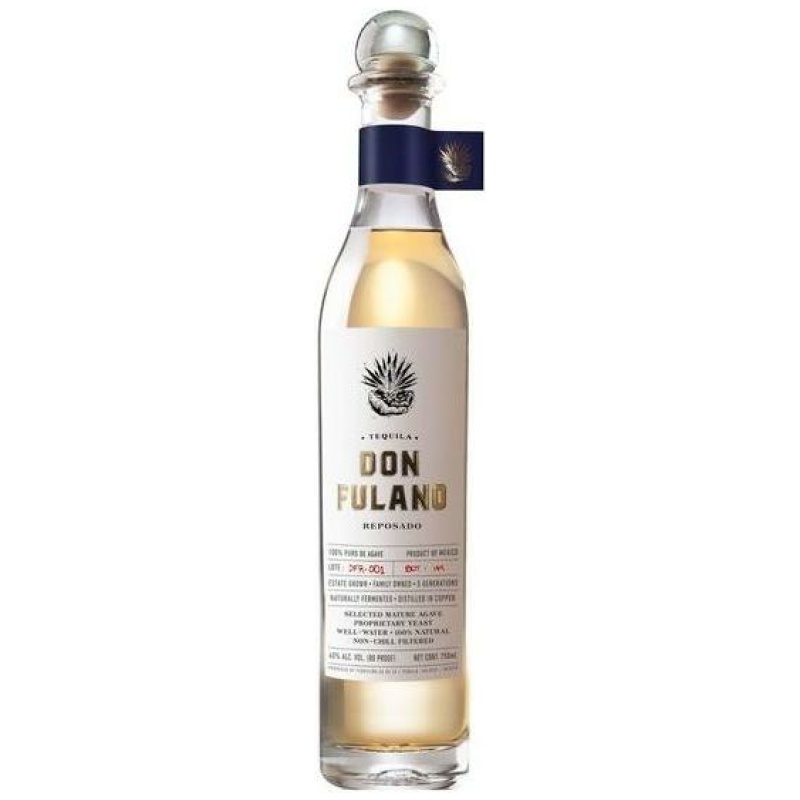 Don Fulano Reposado is exceptionally balanced between the aroma of fresh agave and the character of a long rest. A unique blend of tequila aged eight months to two years in a blend of new and used French oak limousine barrels. The seasoning is more intense, with rich fruity notes of pear and cherry jam. Delicate notes of cooked agave, as well as previously hidden glimpses of dark chocolate, maple and nutmeg, emerge from the depths. Medium body, fruity flavor remains in the mouth.