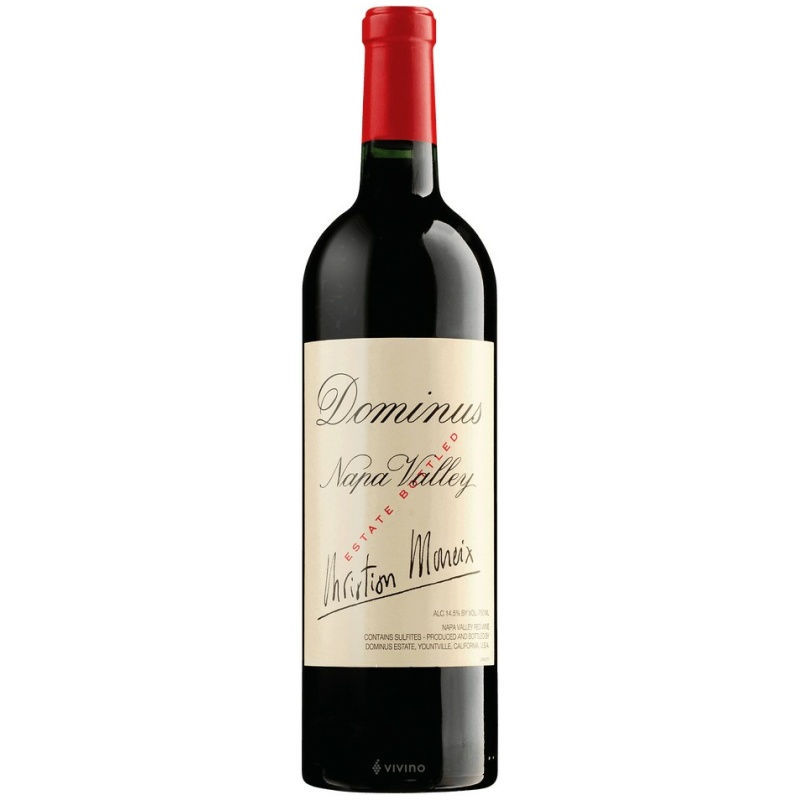 100
Robert Parker's Wine Advocate
A blend of 84% Cabernet Sauvignon, 8% Petit Verdot and 8% Cabernet Franc aged in 40% new oak, the 2016 Proprietary Red Wine is deep purple-black in color and quite reticent at this youthful stage to begin, offering up subtle notions of potpourri, Indian spices, cigar box and iron ore over a core of crushed blackberries and black cherries with intermittent wafts of black and red currants, new leather and smoked meats. The palate is medium to full-bodied with a densely packed mid-palate and oodles of freshness framed by very ripe, finely grained tannins and laced with compelling earthy accents. It offers incredible vibrancy with tons of black and red fruit sparkle in the mid-palate leading to a provocative mineral element on the very long finish. If I could give more than 100 for this one, I would. To be released in May 2019.
98
Jeb Dunnuck
Another possible legend in the making is the 2016 Dominus, a classic blend of 84% Cabernet Sauvignon, 8% Petit Verdot and the rest Cabernet Franc brought up in 40% new French oak. Pure, pristine notes of charcoal, cold fireplace, smoke tobacco, and both blue and black fruits all flow to a full-bodied 2016 that has incredible elegance and finesse, yet also depth and density. It’s more backward and reserved than the 2015 and needs 4-5 years of cellaring. It will unquestionably live for 25-30 years. Rating: 98+
98
James Suckling
The opulence of fresh flowers and dark fruit is so impressive. There’s so much going on, from flowers to currants. The palate is full and powerful, but what impresses most are the ripe tannins and the amazing poise at the finish. Tightens down at the end. A blend of 84 per cent cabernet sauvignon, eight per cent petit verdot and eight per cent cabernet franc. Drink in 2021.
97
Vinous
The 2016 Dominus is a dark, somber wine. I don't quite see the explosive energy of the 2013 or 2010, not the seductiveness of the 2012, but the 2016 has a distinct charm that is all its own. Quite frankly, I can't remember a young Dominus with this combination of fruit density, freshness and polished tannins. A huge center of fruit emerge with time in the glass in a big, large-scaled Dominus that should provide readers with a long drinking window of pure pleasure once some of the baby fat wears off.

About the Producer: Dominus Estate

Dominus Estate is a Napa Valley-based wine producer, producing one of the region's so-called iconic cabernets. The owner, Christian Mouet, owned the property - at least in part - from 1982 to 2008, managing the property alongside his family wine business in Bordeaux. The property is located around Napanuk Vineyard, which stands out for being one of the first vineyards in the Napa Valley. George Yunt, who gave his name to Yountville, established a vineyard here in 1838, and since then the 50-hectare (124-acre) site has belonged to many Napa devotees. Moueix formed a partnership in 1982 with Robin Layle and Marcia Smith, daughters of John Daniel Jr. of Inglenook, and became sole owner in 1995. Since then, a second vineyard has been added to Dominus' portfolio, this time in Oakville. Napanuk Vineyard is located on the edge of the Mayakamas Mountains, rising slightly above the hills. It is dominated by Cabernet Sauvignon, although there are plantations of Cabernet Franc and Petit Verdot. This is reflected in the Dominus estate's iconic red, which is predominantly Cabernet Sauvignon with a bit of Petit Verdot and Cabernet Franc - although the exact proportions depend on the vintage. Dominus Estate also produces entry-level red wine, Othello, and mid-range cabernet, Napanuk. Dominus Estate is committed to sustainability and the vineyards are grown on dry farms both to conserve water and to control the yield and therefore the quality of the grapes. fruits. Moueix also advocated thinning of crops, using it since the early 1970s in Petrus. It is believed that this practice improves the quality of the fruit, as it improves the leaf-to-fruit ratio to aid ripening. Dominus Estate is also known for its winery, designed by the same Swiss architects who designed Beijing's Olympic Stadium. It's built with stone-filled gabions that give the winery natural light and also attenuate the extreme temperatures of the Napa Valley.