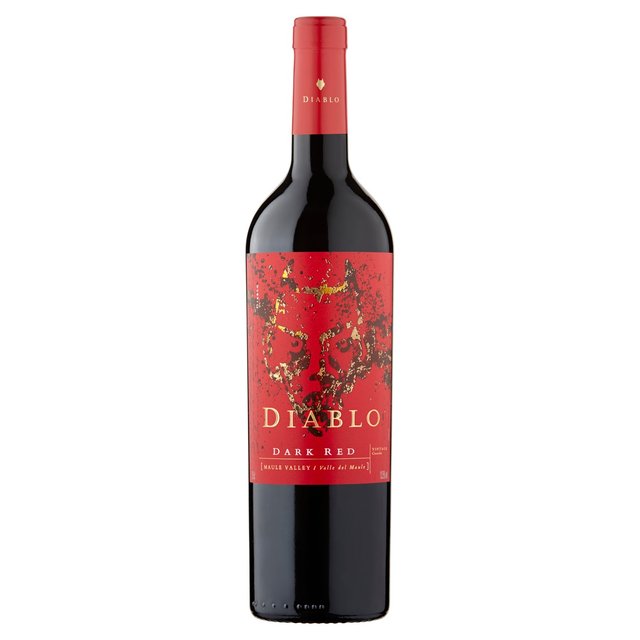 Get this Diablo Dark Red delivered to your door.

About the Producer: Concha y Toro

Concha y Toro is South America's largest wine producer, with more than 8,700 hectares (21,500 acres) of vineyards spread across Chile's main wine regions. The extensive portfolio is divided into several ranges, led by four emblematic wines from different varieties. Don Melchor Cabernet Sauvignon from Puente Alto in Maipo is one of the first cult wines in Chile, grown in rocky vineyards rich in minerals in terraced rivers. Meanwhile, Carmín de Peumo is one of the first superpremium Carmenere wines, produced in Peumo, in the Rapelle Valley. Gravas del Maipo is the pinnacle of Syrah, while Amelia is the Chardonnay flagship of the Casablanca Valley vineyards. Other wines in the fine wine collection include the Subercaseaux sparkling wines, the Terrunyo line, which come from specific blocks of the property's finest vineyards. Marques de Casa Concha and Gran Reserva Serie Riberas brand from vineyards located next to the basins of several rivers of more recent styles. A late harvest dessert wine from the Maule Valley is a blend of Sauvignon Blanc, Riesling and Gewurztraminer. The premium wine category includes the well-known Casillero del Diablo brand, while the Trio line includes three blended wines from three varieties and Sauvignon Blanc from three different vineyard origins. The portfolio is based on Varietal Wines with the Sunrise and Frontera brands. The company has also partnered with Baron Philippe de Rothschild, owners of Mouton-Rothschild, to produce the Almaviva red wine. Produced with the best Concha y Toro vineyards in Puente Alto, this wine has been one of Chile's most renowned wines since its first launch in 1996. The property was founded in 1883 by Don Melchor de Santiago Concha y Toro and his wife. Emiliana Suberkazo with vines brought from Bordeaux. The current Marquis de Casa Concha remains on the board of directors. In 2011, Concha y Toro acquired the Brown-Forman portfolio in California and therefore has brands such as Fetzer, Bonterra, Jekel and Coldwater Creek.