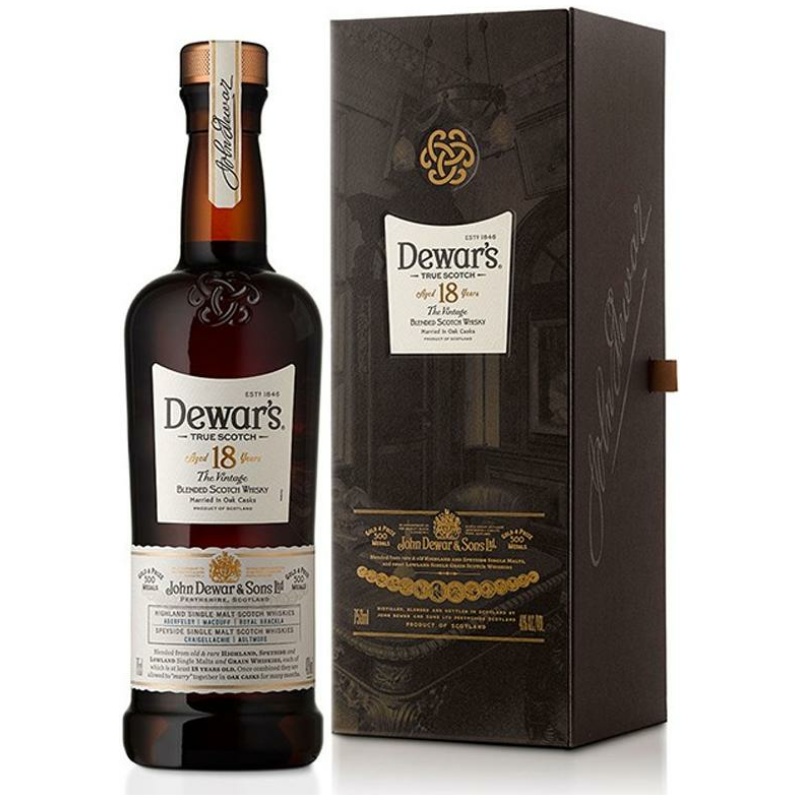 About the Producer: Dewar's

Dewar's is a leading blended Scotch whiskey brand. It is one of the best-selling blended Scotch whiskeys in the United States and has received numerous awards for its premier White Label blend. John Dewar & Sons was founded in 1846 by John Dewar Sr. and was widely expanded by his sons John Jr. and Tommy. Dewar's rose to prominence in the United States when Scottish industrialist Andrew Carnegie sent it to President Benjamin Harrison as an inaugural gift. In 1896, the company achieved such success that it opened the Aberfeldy distillery in the Highlands. Today it remains the foundation of the company and continues to supply the largest single malt whiskey component of any Dewar blend. White Label's main bottling technology was created in 1899, a blend that combines more than 40 different single and single malt whiskeys. , has not changed since then. Dewar's is considered a pioneer in the process of aging whiskey in barrels after mixing to coalesce and become softer and rounder. 18 years old and an exclusive blend, combining several rare whiskeys of different ages. Scratched Cask whiskey has the same base blend as White Label whiskey, but is aged in oak barrels for at least four years and then placed in charred and scratched American oak barrels. The goal is to serve as a crossover for bourbon lovers. In 1925, the company merged with John Walker & Son and The Distillers Company, with John Dewar Jr. at the head of the new group. Distillers was purchased by Guinness in 1986, became part of Diageo in 1997, and was purchased by Bacardi the following year.