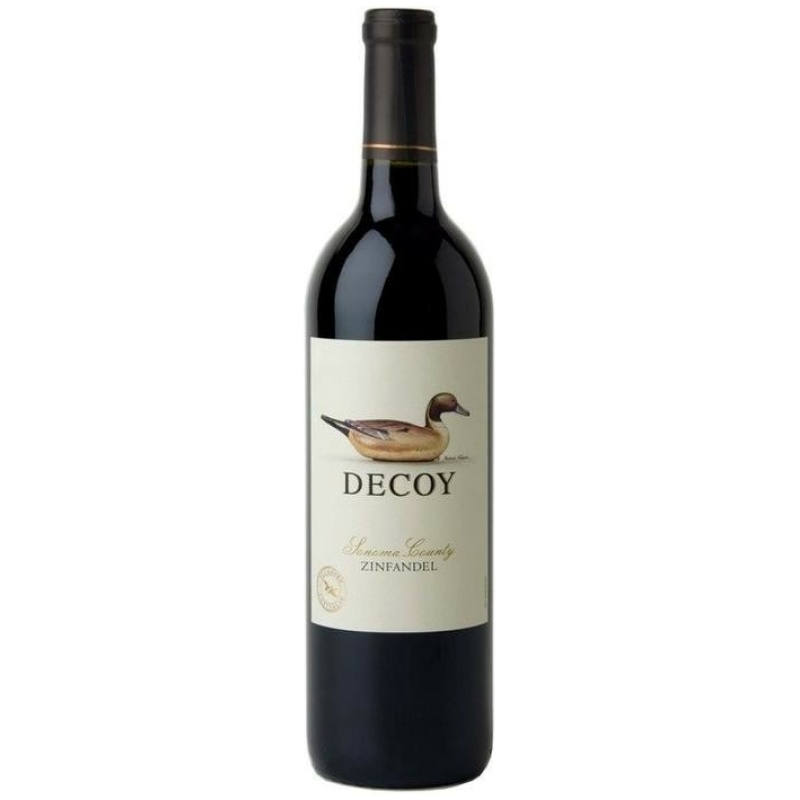 Wine “Decoy” Ed was first released over 20 years ago and since then has an important place in the line of house wine Dakhorn. It is a skillful combination of varieties of red grapes from different vineyards of Napa Valley and represents an attractive fruity style of Napa. Wine “Decoy” Red is produced by one of the principles of the winery Dakhorn – “quality wine at a reasonable price.”

Blend vintage 2009 consists of four grape varieties, which is selected from different vineyards of Napa Valley. Growing season of 2009 was some problems – most notably, heavy rains, because of which the vineyards yielded smaller than usual harvest. However, according to the company’s winemakers Dakhorn “2009 harvest gave a broad and attractive expression of red wine” Decoy “with the classic fruity and silky mid palate.”

Wine House Dakhorn Vinyards created in 1976, the couple Dakhorn – Dan and Margaret. For a quarter century of existence the company has become a leading producer of wines from Bordeaux varieties in North America. Among Dakhorn always adhered to the principles of quality and bonuses, and special attention was paid to the exposure of vineyards and fruit quality. Was very well accepted, innovative for the locality, the decision on the production of wine Merlot as a single varietal wine, while all other manufacturers in the early 70s in the Napa Valley used it only as a component of the assemblage. With this step, Dakhorn every year to strengthen its position and has earned a reputation as one of the best manufacturers. House is a unique feature of the administrative structure in which the wine, depending on the variety, created with the help of leading experts and best vintners from Dakhorn. Thus, a leading winemaker Bill Nankarou controls the production of wines from Bordeaux grape varieties, Neil Bernardi, winemaker Mangreyshn, – production of Chardonnay, David Marchesi makes wine from Zinfandel, Pinot Noir oversees Zack Ramunson.

Red Zinfandel is a grape varietal with black and blue skins that is mostly produced and consumed in the United States.

This grape tends to have lighter-bodied qualities in the glass while yet retaining strong notes. Zin has a strong acidic content and a traditionally high alcohol level, which contributes to this (up to 17 percent in some cases).

Because of these two characteristics, Zinfandel may have a medium body on the palate.

While these are the broad strokes, Zinfandel tastes may vary widely, and alcohol level is a significant factor.

Cooler temperature Zins are said to have more red fruit tastes, whereas warmer climate varietal wines have more black fruit and pepper subtleties, depending on maturity at harvest.

Over 70% of Zinfandel acreage is owned by the United States, with the rest held by Italy (approximately 27%) and different places across Australia, South Africa, and Mexico.

About the Producer: Decoy Wines

Decoy Wines is a brand founded in the 1990s as the second Duckhorn Vineyards brand in Napa Valley. Decoy currently produces a range of fine wines from a variety of Sonoma County grapes and specific vintages in Napa Valley. Decoy was originally a standalone wine, a Bordeaux red blend, in the Duckhorn catalogue. Its success grew into an entirely new brand, focusing on Sonoma County rather than the Napa Valley Merlot that Duckhorn was known for. The Decoy Red blend is still the flagship, but the winery has expanded to include a Cabernet Sauvignon, Merlot, Zinfandel, Pinot Noir, Sauvignon Blanc and Chardonnay. In 2012 and 2013, Decoy acquired its first vineyards, Ridgeline Vineyard and Brownell Vineyard, both in Alexander Valley. and cultivates Bordeaux varieties. Brownell Vineyard is located in a valley on gravel soils that retain heat well and allow the vineyard to grow into a strong, mature Cabernet Sauvignon. The wines are made from a combination of fruits grown on the property and cultivated fruits. The Duckhorn controller also owns Paraduxx, Migration, Goldeneye, Canvasback and finally Calera (acquired in 2017). Wineries adopt a collaborative approach and, as a result, a variety of wines is the product of consultation between different winemakers.