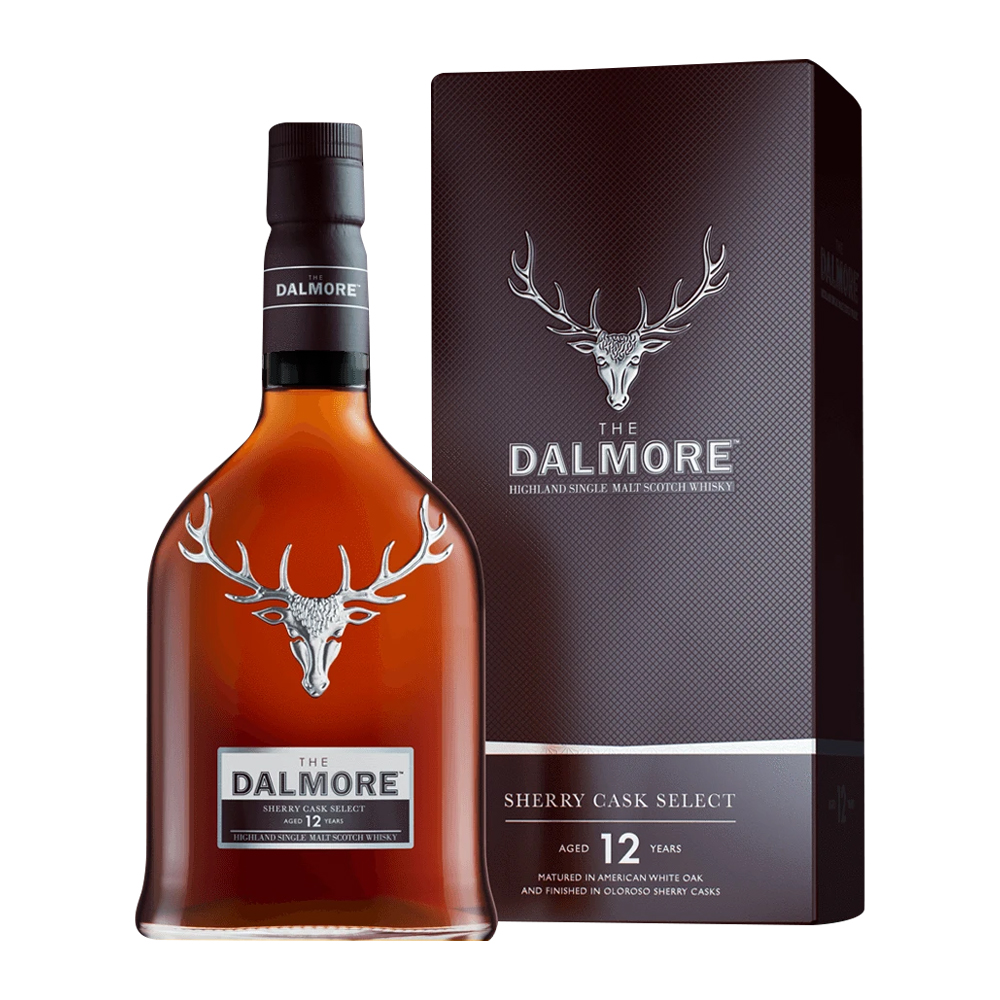 Discover the popular Dalmore 12Yr Sherry Cask Select and have it delivered to your door today. Whisky experts agree that The Dalmore 12 has personality that belies its relatively young age. The spirit is first aged in ex-Bourbon casks made of American white oak, which imparts mellow aromas of honey and vanilla to the final product. To give the whiskey a rich, nutty flavour, a part of the spirit is then finessed in apex Sherry casks, including 30-Year Old Matusalem Oloroso casks, which are special to The Dalmore. After that, the two distinct techniques are combined to make an exceptional single malt.