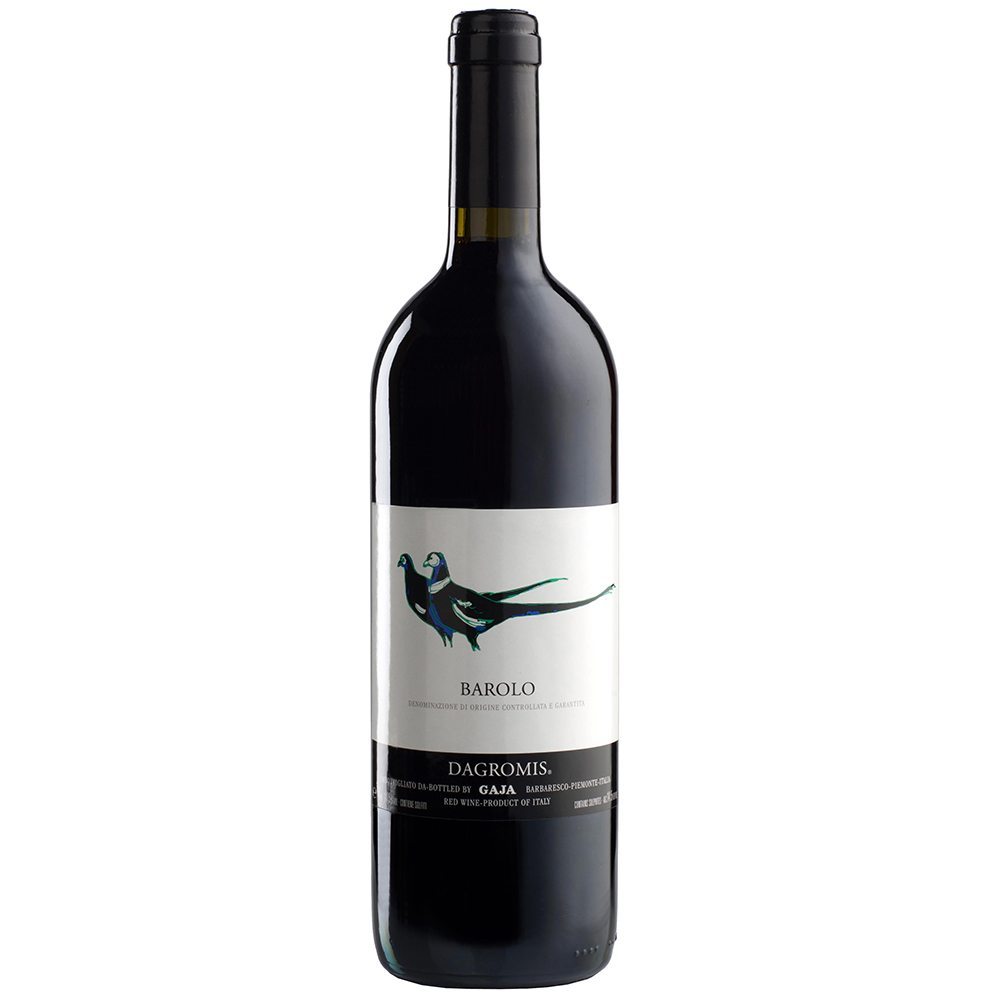 Looking for a Dagromis Gaja Barolo and want it delivered to your door? You’ve come to the right store. We offer fast delivery with FedEx on all our products. Full-bodied, with berries and flowery notes, as well as scents of licorice, dry herbs, and spices from Piedmont, Italy. The wine has a solid structure, a rich softness, and a lingering aftertaste. The wine is named after the Gromis family, who owned the prestigious La Morra vineyard (Intense, Fruity, Full-bodied)

About the Producer: Gaja

Gaia is one of the most famous wine producers in all of Italy. The name Gaja, which originated in Barbaresco, northwestern Italy, continues to be associated with wines based on Nebbiolo, although the company currently produces more wine in Tuscany than in Piedmont. The company was founded in 1859 by Giovanni Gaya with vineyards of just 2 hectares (5 acres) in Barbaresco. Each generation has expanded, though Angelo Gaja, who landed a full-time job in 1970, is often credited with the property's recent success. He was responsible for radical changes in the vineyards and cellars, as well as the introduction of the famous Barbaresco wines from selected vineyards: Sori San Lorenzo, Sori Tildin and Costa Russi (now Langhe DOC wines). These changes were not always well received: it is known that the name Darmagi Cabernet Sauvignon translates as ``what a pity'', referring to Father Angelo's repentance with the introduction of the burgundy varieties. Gaia is famous for modernizing Piedmont by introducing international grape varieties. winemaking is more common in Bordeaux or California. However, traditional elements remain, such as prolonged maceration and the use of larger oak barrels (albeit in combination with new barrels). The estate received a lot of attention when it started adding small amounts of Barbera to all of its wines except two, Barbaresco and Barolo, which placed them under the Langhe DOC classification. Angelo Gaja insisted that this is the traditional practice of correcting acidity and, in any case, the label focused on the name of the vineyard, not the name. Guy's departure from Barbaresco began in 1988 with the acquisition of the Spurs vineyard in neighboring Barolo. In 1994, Gaia acquired the 27-hectare (67-acre) Pieve Santa Restituta estate in Montalcino, and later the 118-hectare (290-acre) Ca'Marcanda estate in Bolgheri. The name of this property, acquired after long negotiations, is translated as "House of Commerce".