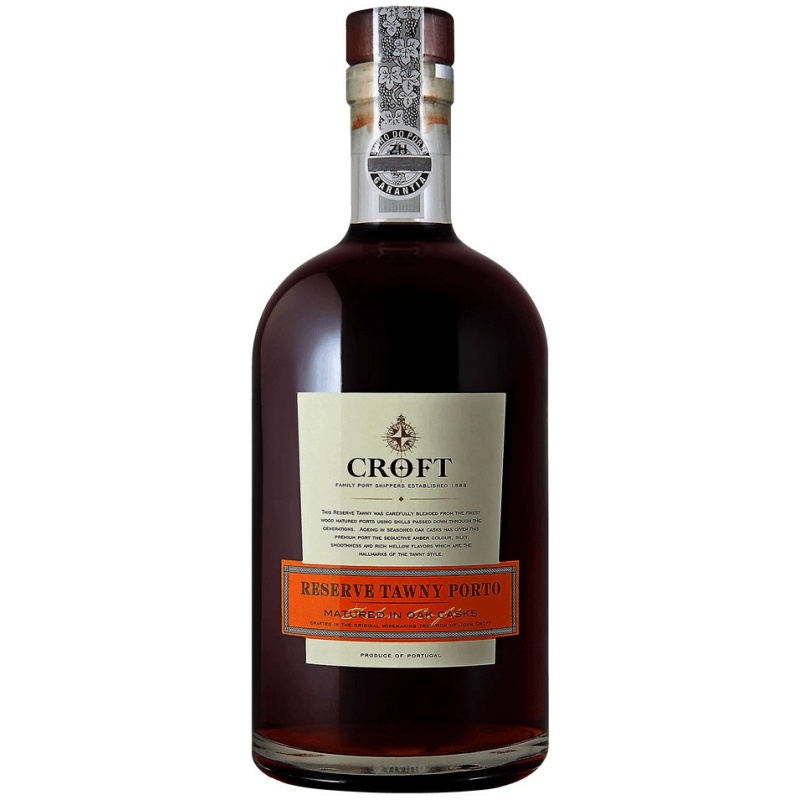 90
Wine Enthusiast
Rich and smooth, this is a ripe and fruity wine. It has hints of wood aging as well as dried fruit to bring out a tawny character. The wine is nicely poised between freshness and some maturity.

About the Producer: Croft Port

Croft is a leading port maker with a wide range of styles, although it is particularly known for both its vintage port and a range of more innovative products, including the first rose port. ; The company started as a wine merchant founded in 1588 by Henry Thompson in York, in northern England. In 1647 he acquired wineries in Bordeaux, and during his travels to the wine regions he marketed some other goods such as textiles; in the 1650s, he began to negotiate with Portugal. The Croft family married the company in the 1730s, and Croft's first vintage port was a 1781 port. In 1911, the Gilby family took over. In the 1960s and 1970s, the company expanded to produce brandy and sherry. At that time, it belonged to the IDV company, which later became Diageo. In 2001, the Croft Port brand was bought by Taylor Fonseca (who became a Fladgate partnership), while Gonzalez Byass bought the Sherry division and Diageo kept the cognac business. In recent years, significant investments have been made in the vineyards. The house also gained prominence with the launch of Croft Pink and new blends such as Croft Indulgence, while receiving high marks for its vintage releases. Croft's main vineyard is Quinta da Roêda, acquired in 1889, which contains some of the oldest vineyards in the Douro. ...