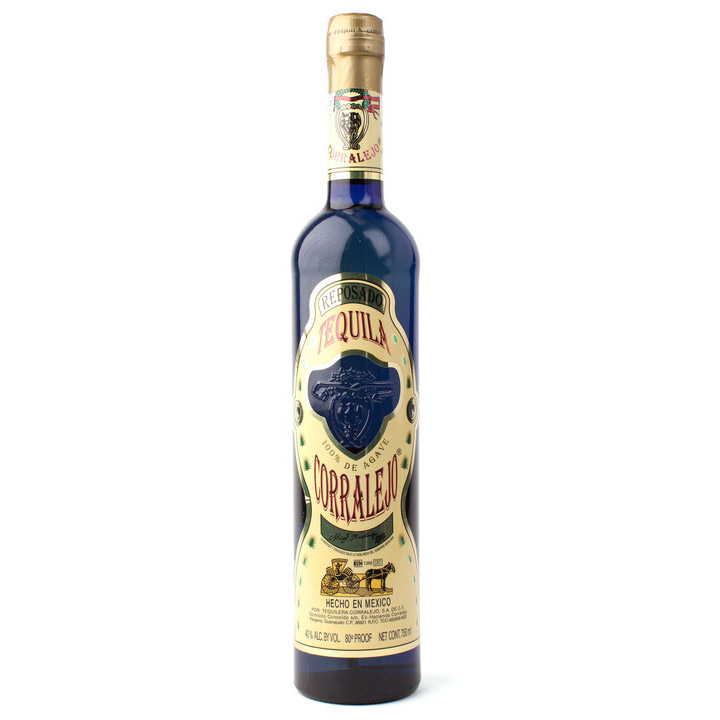 Corralejo Tequila Reposado – Tequila with a strong character, which is made ​​from collected manually and baked in a special oven agave by double distillation in copper kettles. The uniqueness of the production of tequila is the unusual way of exposure. After distillation, the tequila 4 months “resting” in the barrels of the three types of wood – old barrels of French and American oak barrels and the local white oak Encino. Such an approach to extract gives a unique flavor to the dominant woody and distinctive spicy flavor.

Corralejo Tequila Reposado poured into hand-blown bottles original blue, each of which is individually numbered and registered to ensure authenticity. Tequila has a collection of many awards, including – three gold medals in prestigious international tasting competitions and double gold medal of the competition “World Spirit Competition”, obtained in 2006 and 2007, in San Francisco. In 1997, “blind” tasting, held in Mexico tequila among the best manufacturers from 21 countries, Corralejo Tequila Reposado prizana was the best and won the “Grand Award”.

The Corralejo Tequila farm was founded in 1755 by Miguel Hidalgo, which today is called the father of Mexican independence and a pioneer in the application of methods of distillation of the agave. His farm was the first commercial producer of tequila in Mexico. It Hidalgo became used to create tequila copper stills from Spain, wood-burning stove for baking agave and French oak barrels for aging. Today, more than 200 years later, and based on the same principles Corralejo tequila continues to manufacture excellent thanks to the efforts of Don Leonardo Rodriguez Moreno, who in 1994 revived the name of Corralejo, is built on the original site of the plant Miguel Hidalgo new production.

The company produces tequila Correlejo only core blue agave baked in a traditional wood-fired oven Adobe. No chemical additives and dyes are applied. After fermenting tequila is usually double distillation with a slow second distillation preserving delicate aroma and taste of agave. In 2000 Corralejo tequila created a furor in the market, starting production of tequila triple distillation.