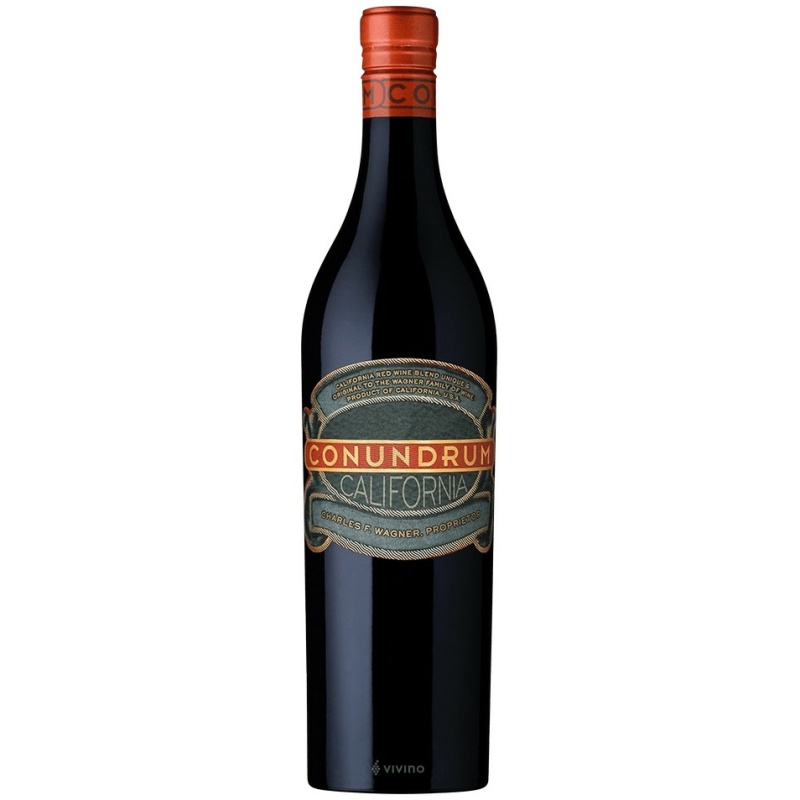 About the Producer: Conundrum Wines

Conundrum Wines is a brand and winery based in Monterey County. It produces two proprietary mid-priced blends, one red and one white, from fruits sourced from various California wine regions. Commonly used varieties are Chardonnay, Sauvignon Blanc and Zinfandel. The winery began as a trademark of the Wagner family winery, Caymus Vineyards. Caymus was founded in 1972 and the family has since established several other wineries in California under its Wagner Family of Wine company. The first commercial vintage Conundrum was released in 1989, when it was released under the name Caymus Conundrum. Originally it was just a white blend, made at a time when California wines were more commonly identified by the grape variety. In 2001, Conundrum became popular on its own and Caymus gained a reputation for its high quality Cabernet Sauvignon, so it was decided that Conundrum would become an independent brand in its own right. The winemaking moved from Rutherford to Caymus to its own Monterey County winery. In 2011, Conundrum launched the red blend. The fruits of both wines come from all over the state, including vineyards in Napa, Monterey, Santa Barbara and San Benito, although the wine labels include a comprehensive California appellation. The mix can vary depending on the culture, but the white is predominantly from Chardonnay, Sauvignon Blanc, Semillon and Viognier, while the red comes from Zinfandel and Petit Syrah, among others.